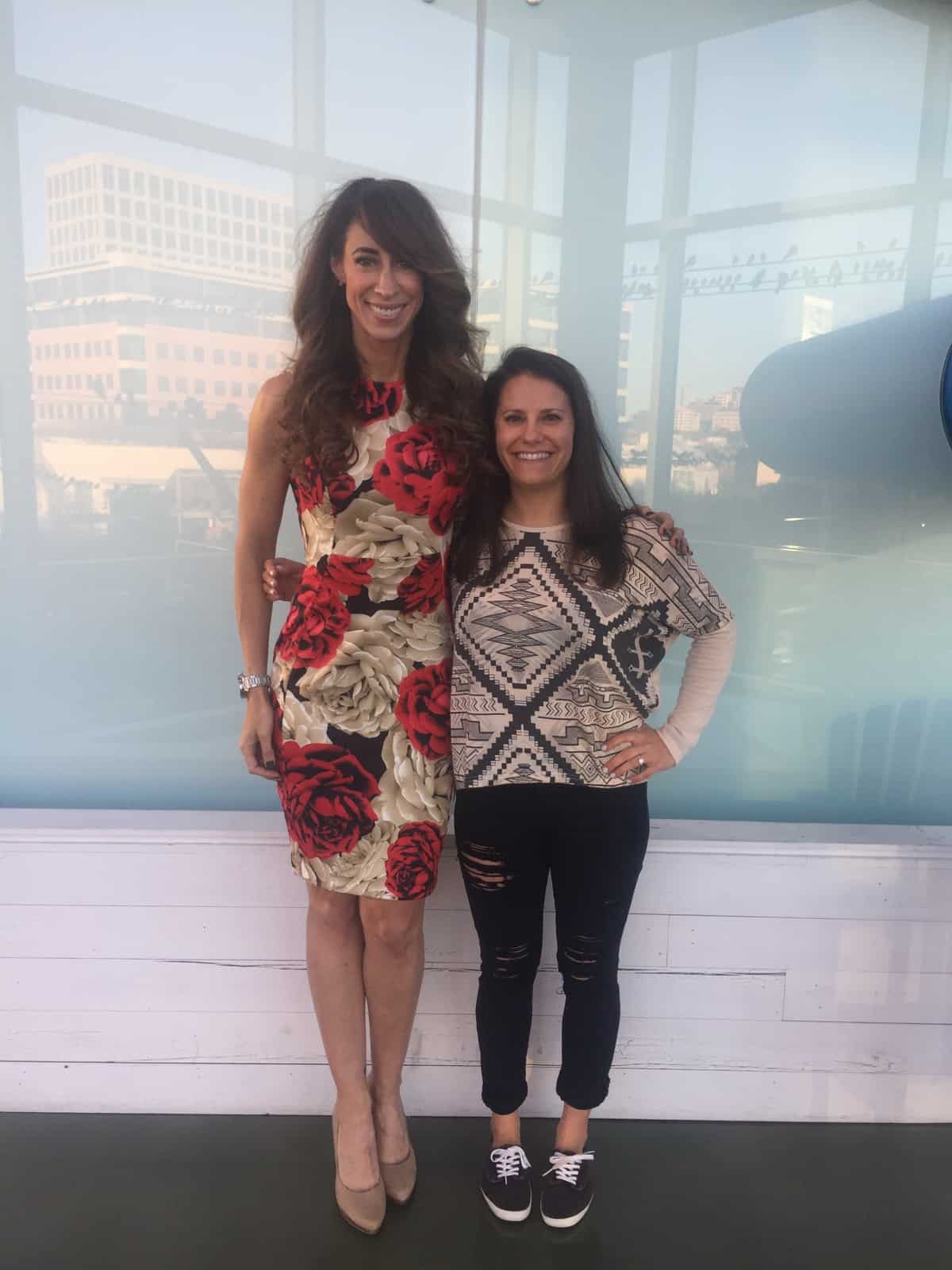 We are one month into 2018 already! How did that happen?! January was pretty freaking insane for me work wise. With being a healthy food blogger and everyone looking to get fit or eat better in the new year, it’s probably the busiest time of the year. I am so so thankful for it, but I am happy that it is a new month and things have slowed down some. I had quite a lot of anxiety last month and I’m ready to be a little calmer this month.

Besides work, we kept it pretty low key last month. Lots of house stuff and lots of chillin. I have become such a home body as I age it’s crazy. Let’s get into the good stuff. 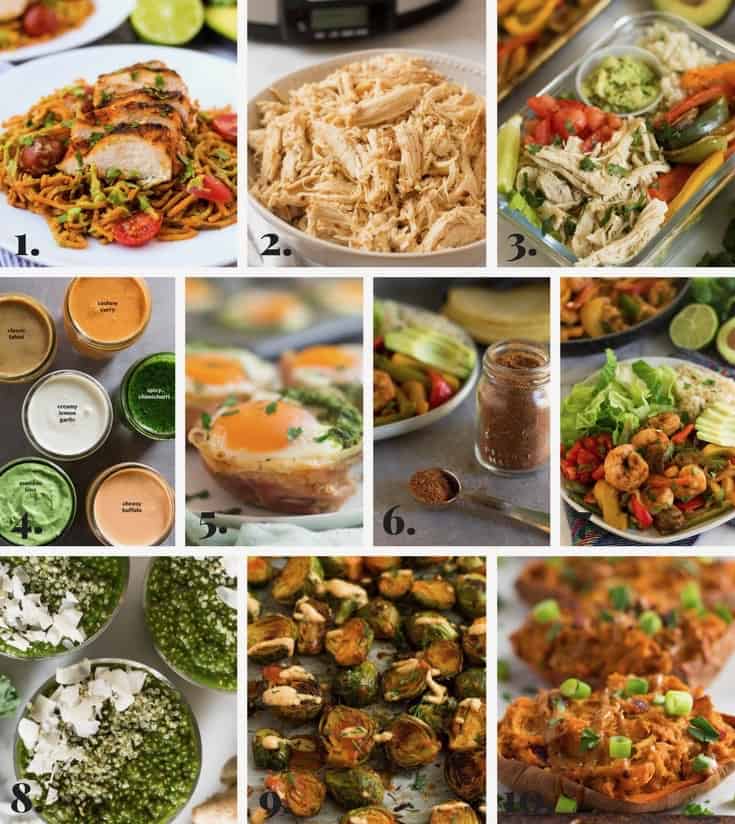 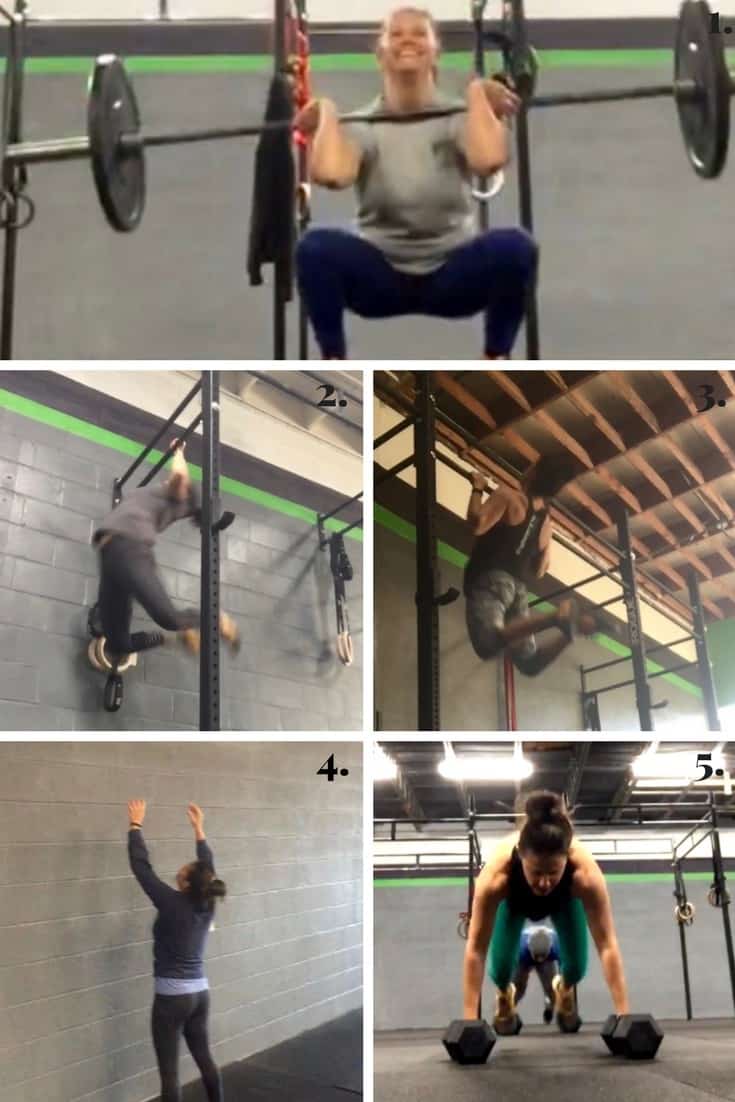 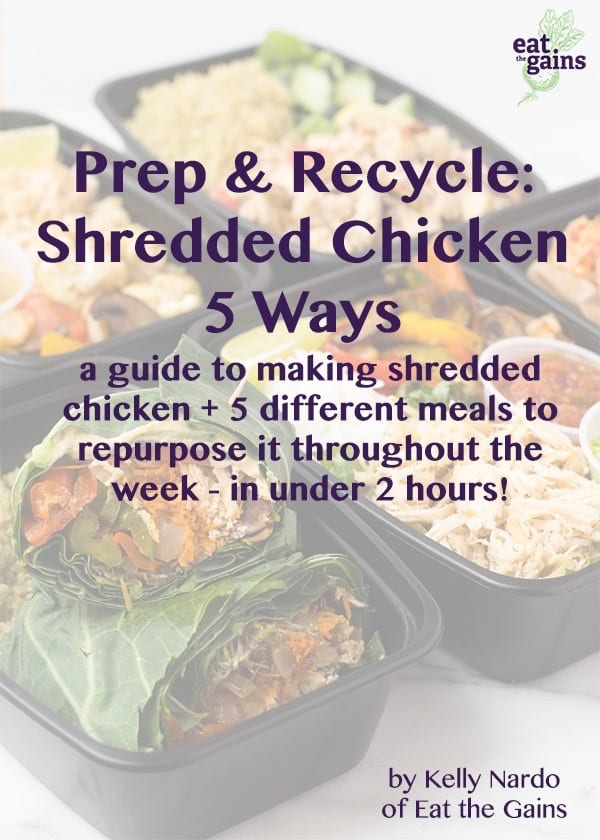 Not really a rambling, but I created a free download about shredded chicken and how to meal prep it 5 different ways! Head to this page if you would like it emailed to you!

Since I didn’t talk about NYE in my December rewind, I’ll touch on that real fast. We ended up going to a friend of a friend’s house with a bunch of people from the gym and it was so fun! To be completely honest, I got pretty drunk and was still struggling a few days later, but hey it’s only the new years once a year. 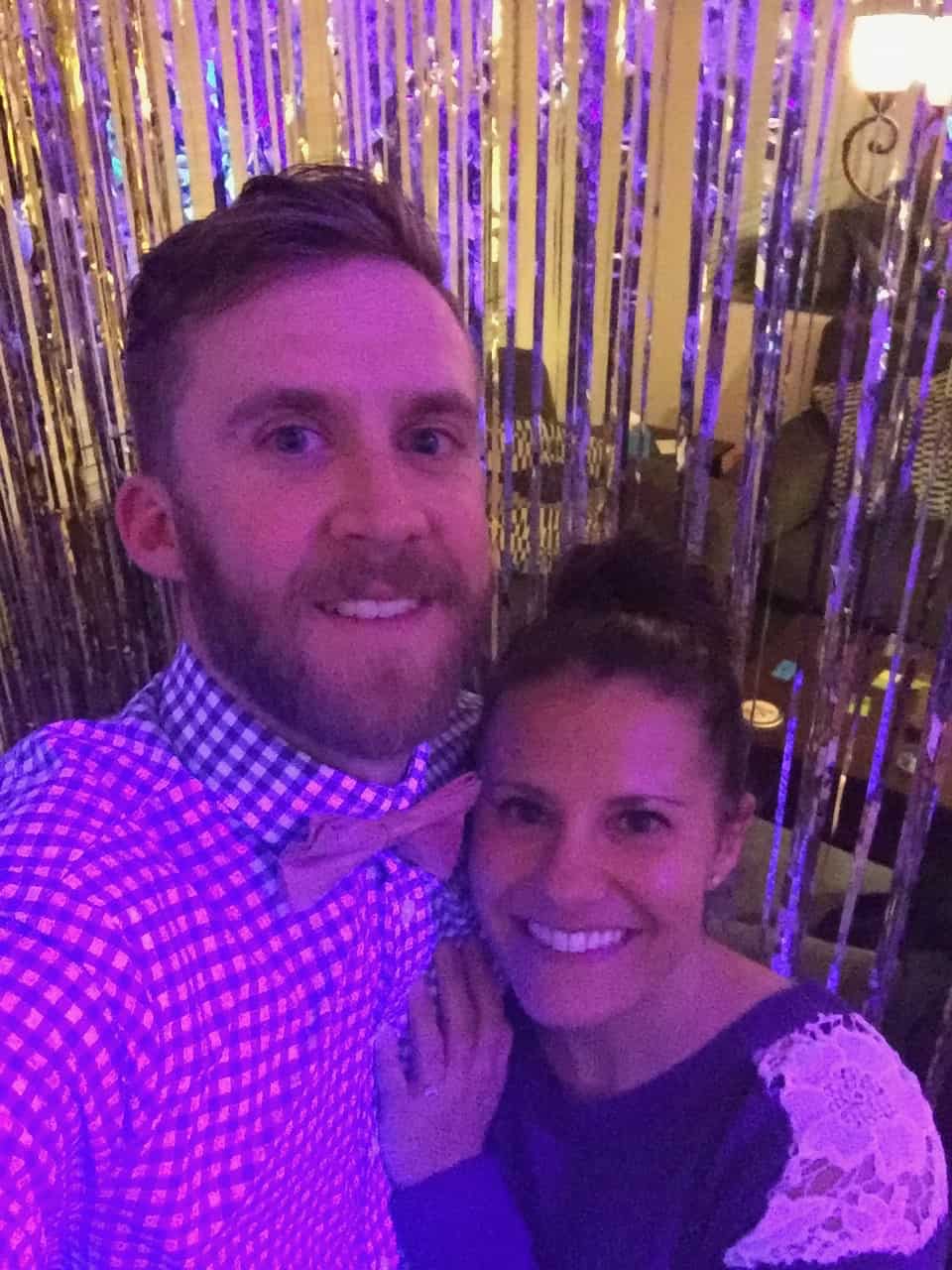 The first weekend of the month it was just me since Michael went up to Dallas to watch JMU play in the national championship (unfortunately they lost). I just relaxed the whole weekend and got a lot of work done which was nice.

The following weekend Melissa Hartwig was here for the Whole30 book tour and I got to meet her! Snap Kitchen hosted an event with her and a bunch of local bloggers and it was a lot of fun – we got to try their new food and talk with Melissa. I literally was so nervous around her and I don’t even know what I was telling her. After the event I met up with some girlfriends and we got dinner and headed to the book signing. 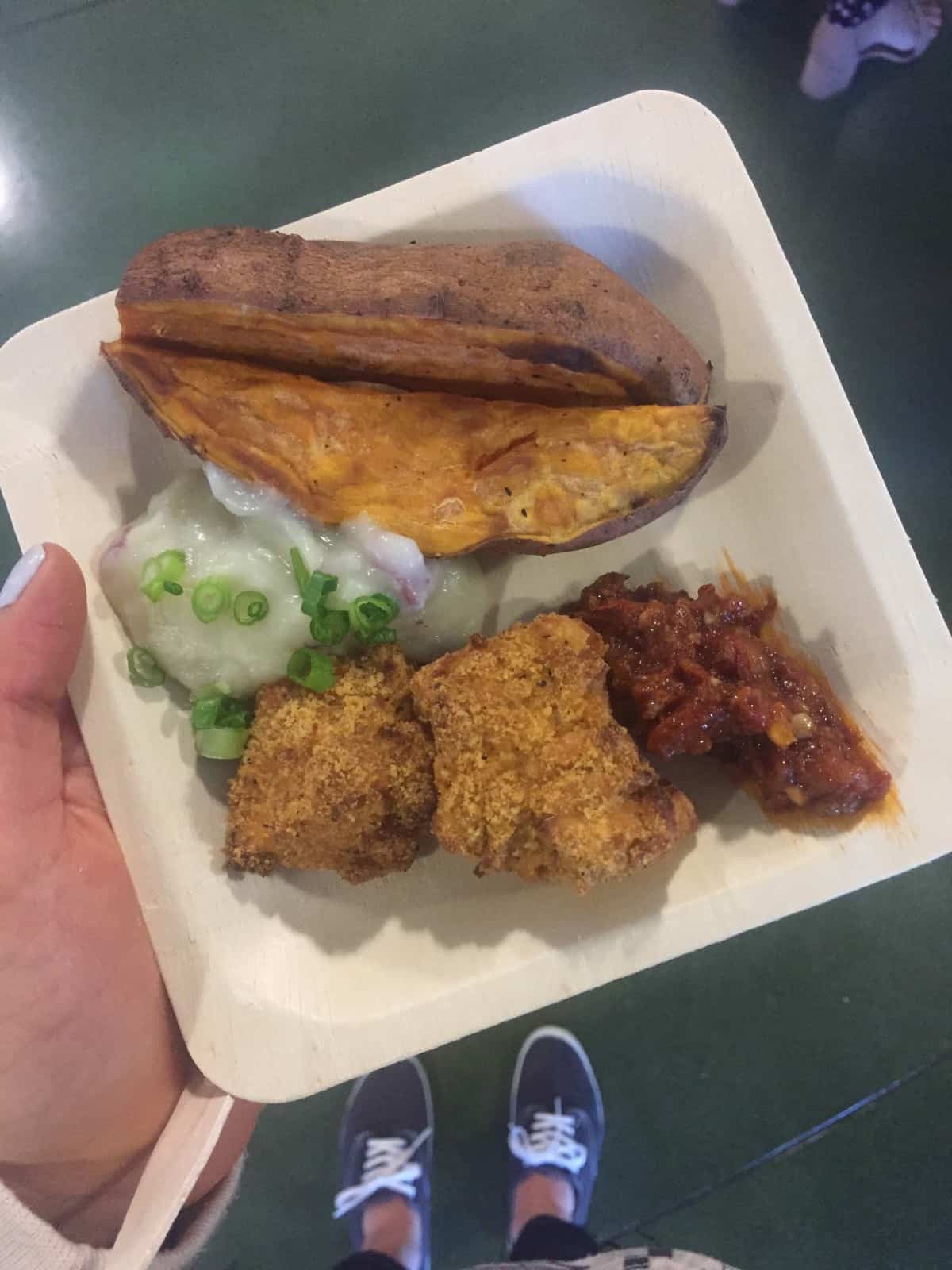 We tried out Urban Axes later that weekend and omg was it fun! Let’s just say I was the champion and don’t mess with me ? 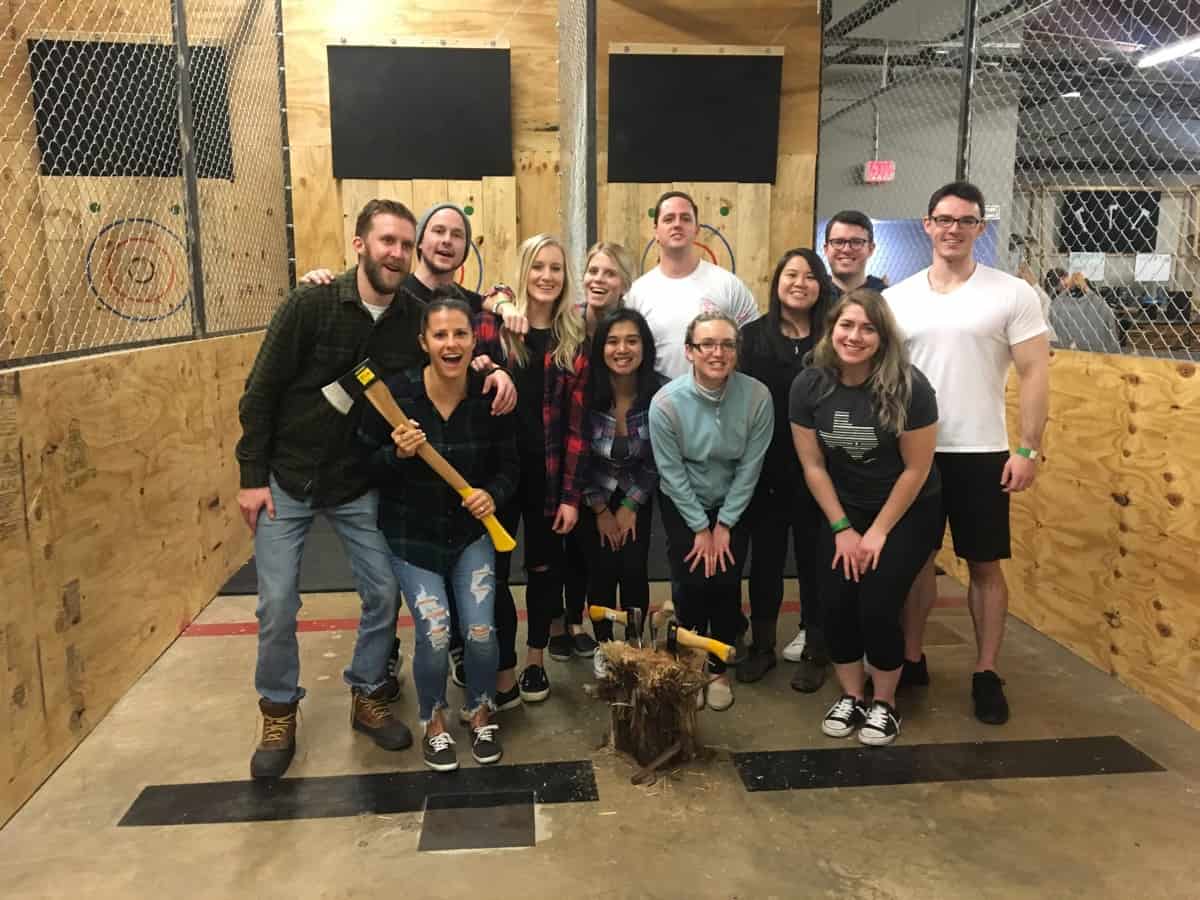 My friend hosted some girlfriends over for dinner, sorta like a dinner party and it was a hit. She made homemade ceviche and it was so good! I’m thinking I have to recreate for the blog. We are hoping to do it each month, rotating houses each week. 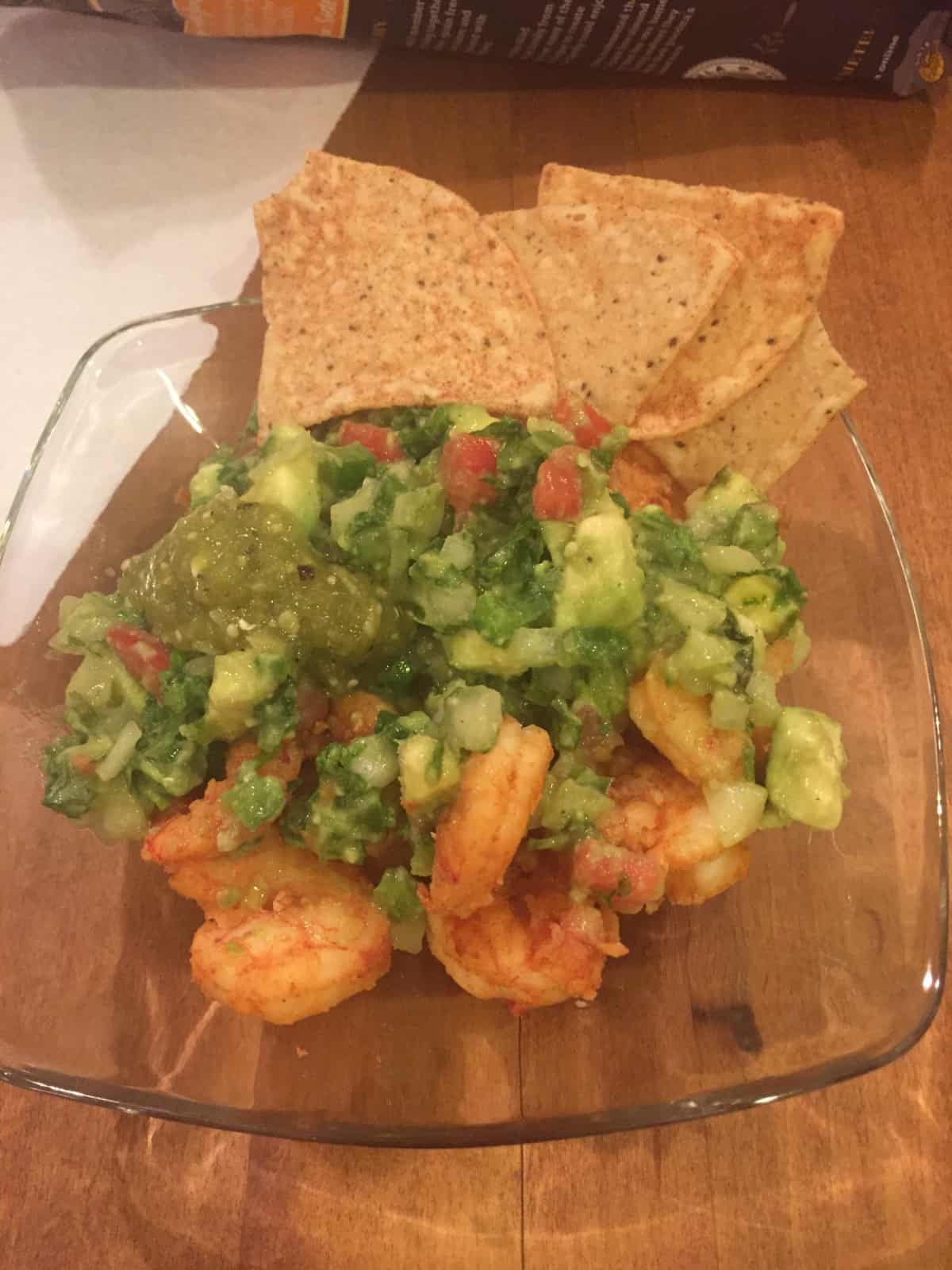 The following weekend I got invited to a brunch hosted by Vital Farms at Josephine House and holy crap was it amazing. Hands down the best brunch I’ve ever had. I’ve never been to Josephine House but it’s the cutest place and their food was delicious, and everything was served with Vital Farms eggs. It was really cool to get to know the people behind the brand and their mission. To be honest I didn’t really know the difference between pasture raised and cage free and there is a huge difference! You should def check out this video as it really opens your eyes, and it hilarious. 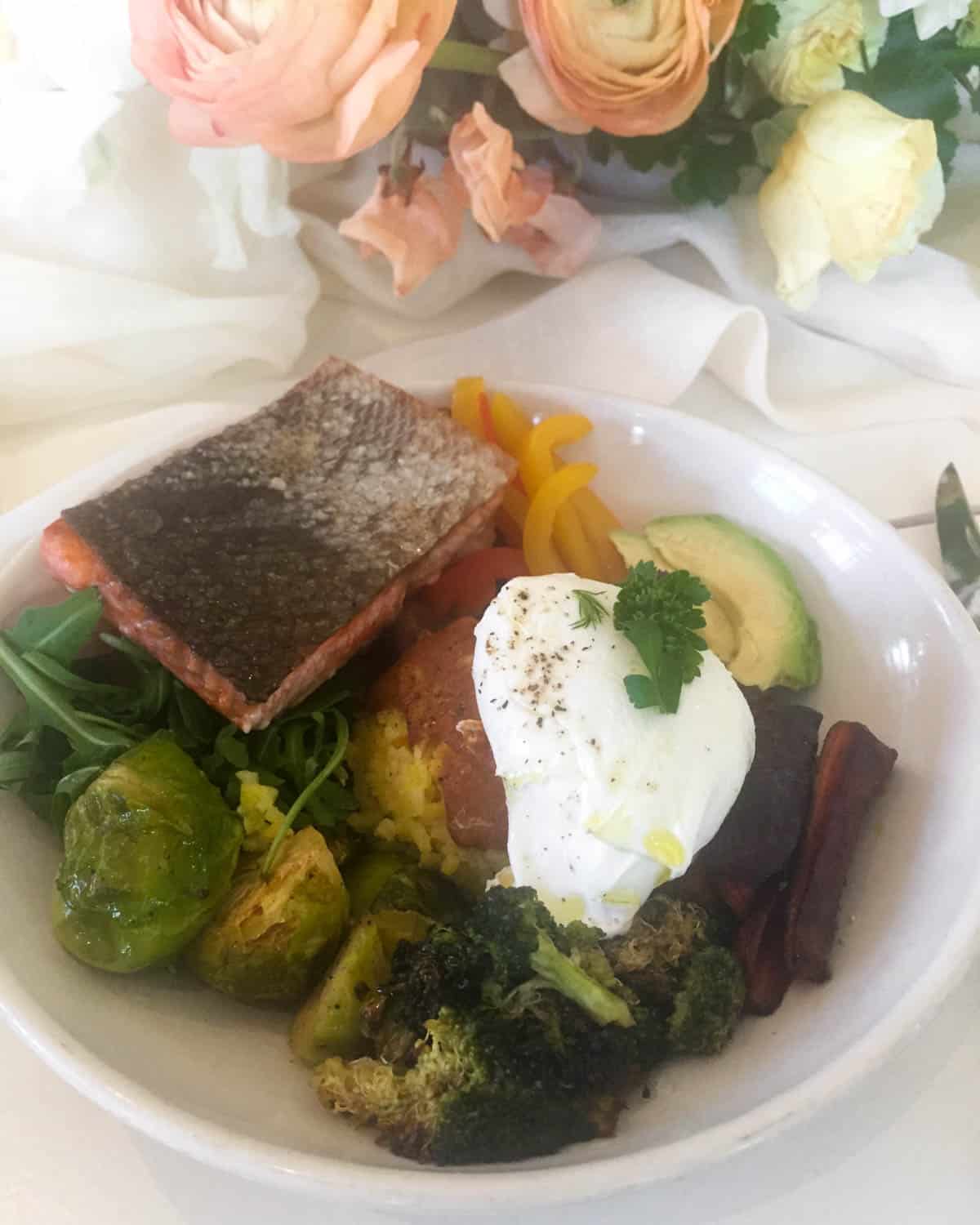 We finished off the end of the month by having some friends over and building a mantel for our fire place! We were going to buy one, but decided on building one and I’m so happy we did. It looks awesome (scroll down for another pic). 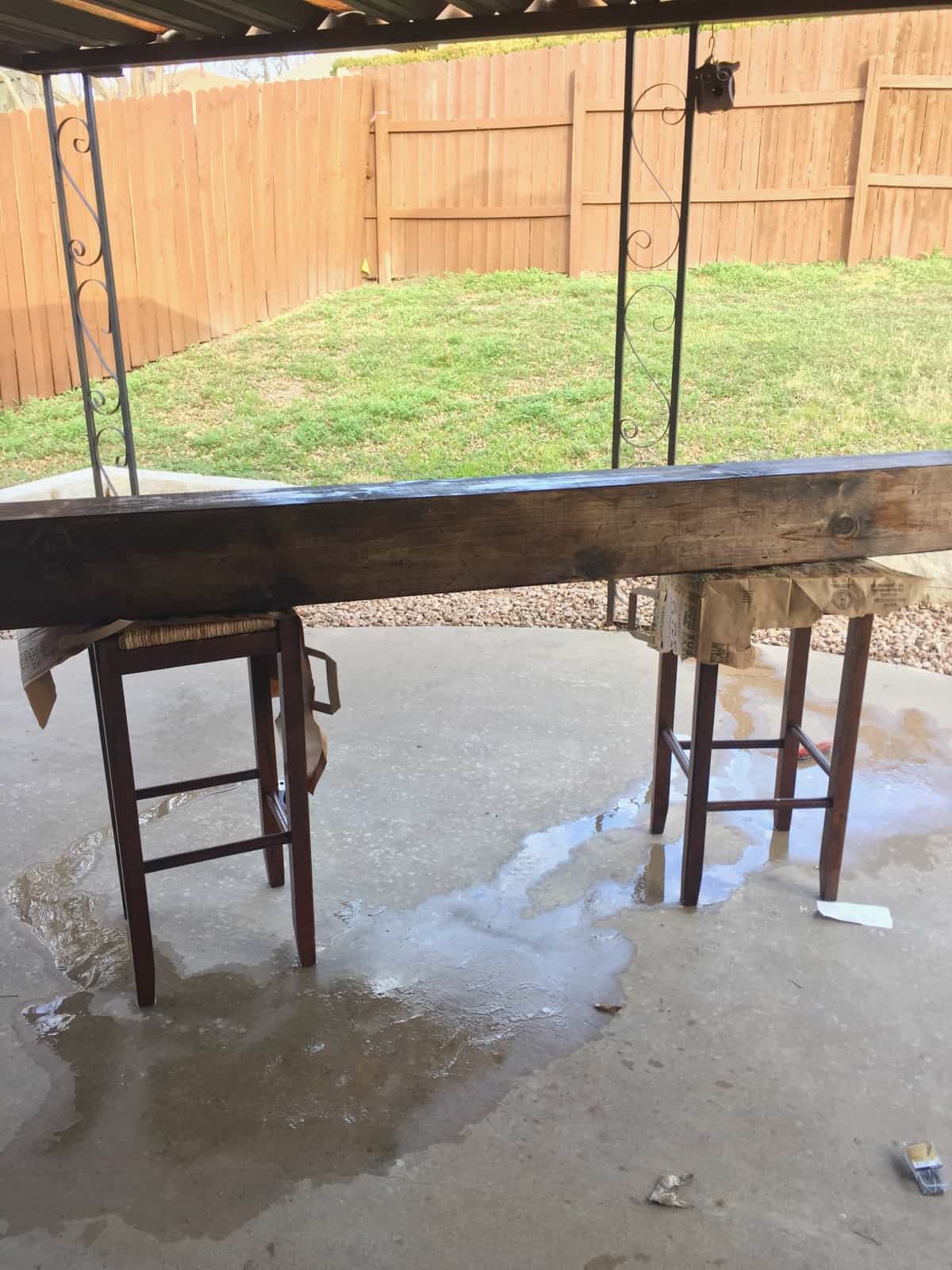 Oh and last but not least, I smashed my phone so got a new one. Note to self – don’t throw phone on the floor, unless you want a new one (which I did haha)! 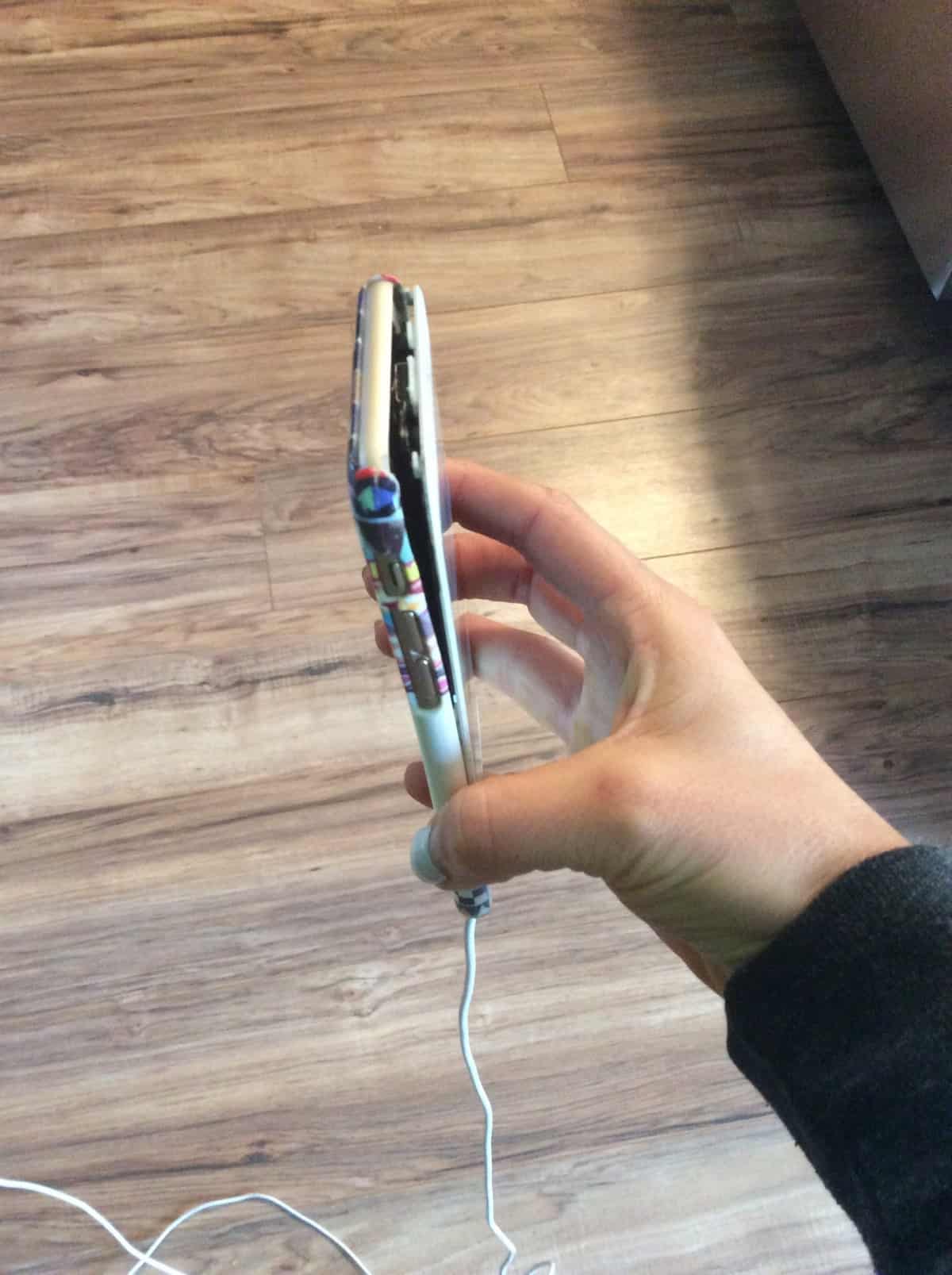 I mentioned this in my stories the other day, but Michael as been traveling some for work and I’ve been home by myself a few days here and there and I’m kinda digging it. It gives me some freedom to do what I want (like not clean the kitchen) and I feel like I get a lot of work done when he is gone. I used to live by myself for awhile and it reminds me of that.

Our house! I know I mentioned this last month, but it’s slowly coming together. We have been pretty picky about the things we have been buying to make sure we really love everything. I’m so glad we decided to build the mantel inside of buying one because now every time we look at it, it feels homey.

Side note – Michael and our friend Brad built it, I just put some marks in it, and Michael hung it haha. 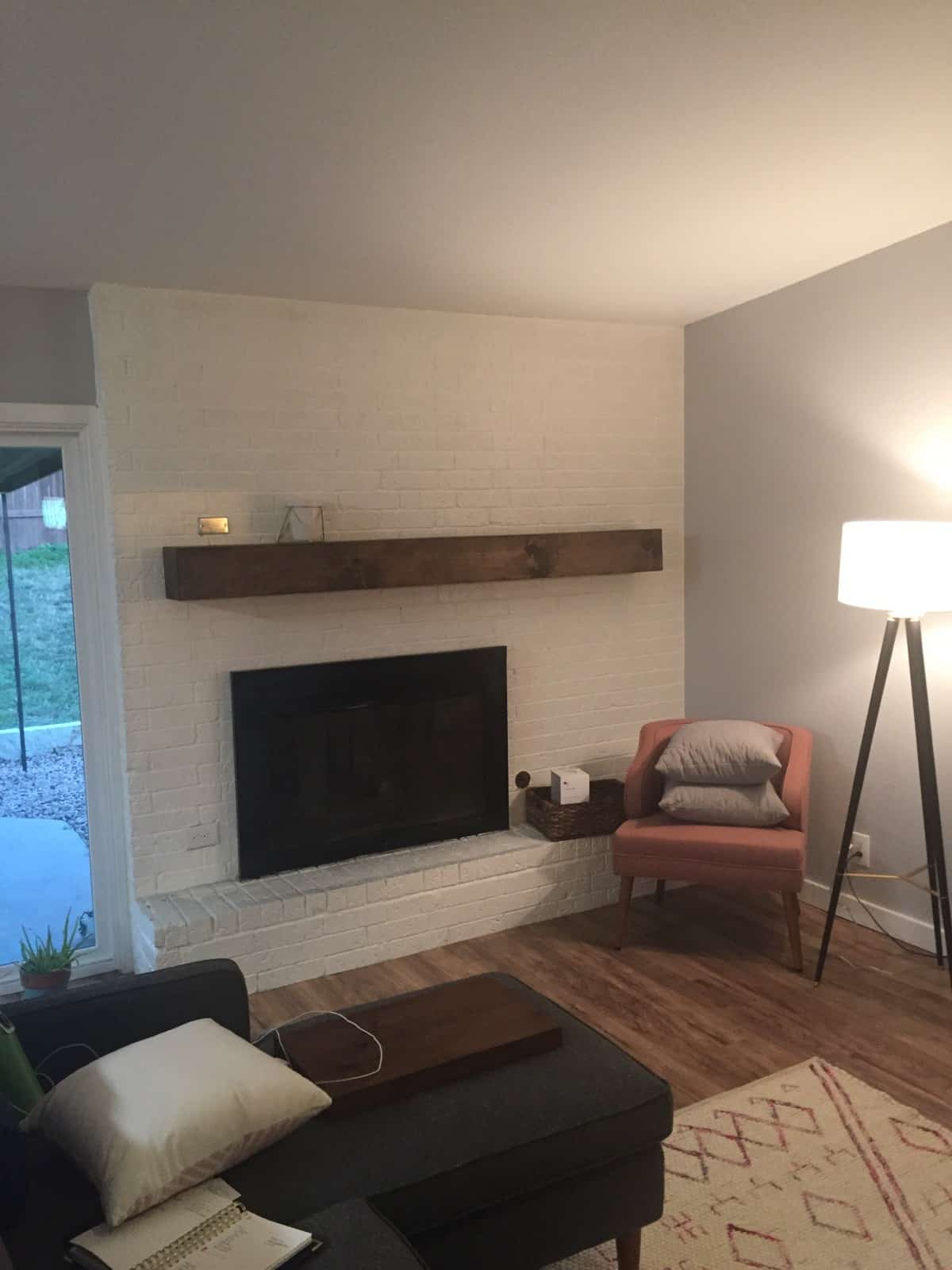 That’s it for this month!

This post may contains affiliate links and I may make little bit of money if you click on and purchase the products that are linked. It doesn’t cost you any extra money. The compensation helps with expenses to keep ETG up and running. I truly appreciate your support!