A brief recap of my recent trip to San Diego, CA highlighting the Pacific Beach area! Breaking down where we stayed, what we did, and what we ate! 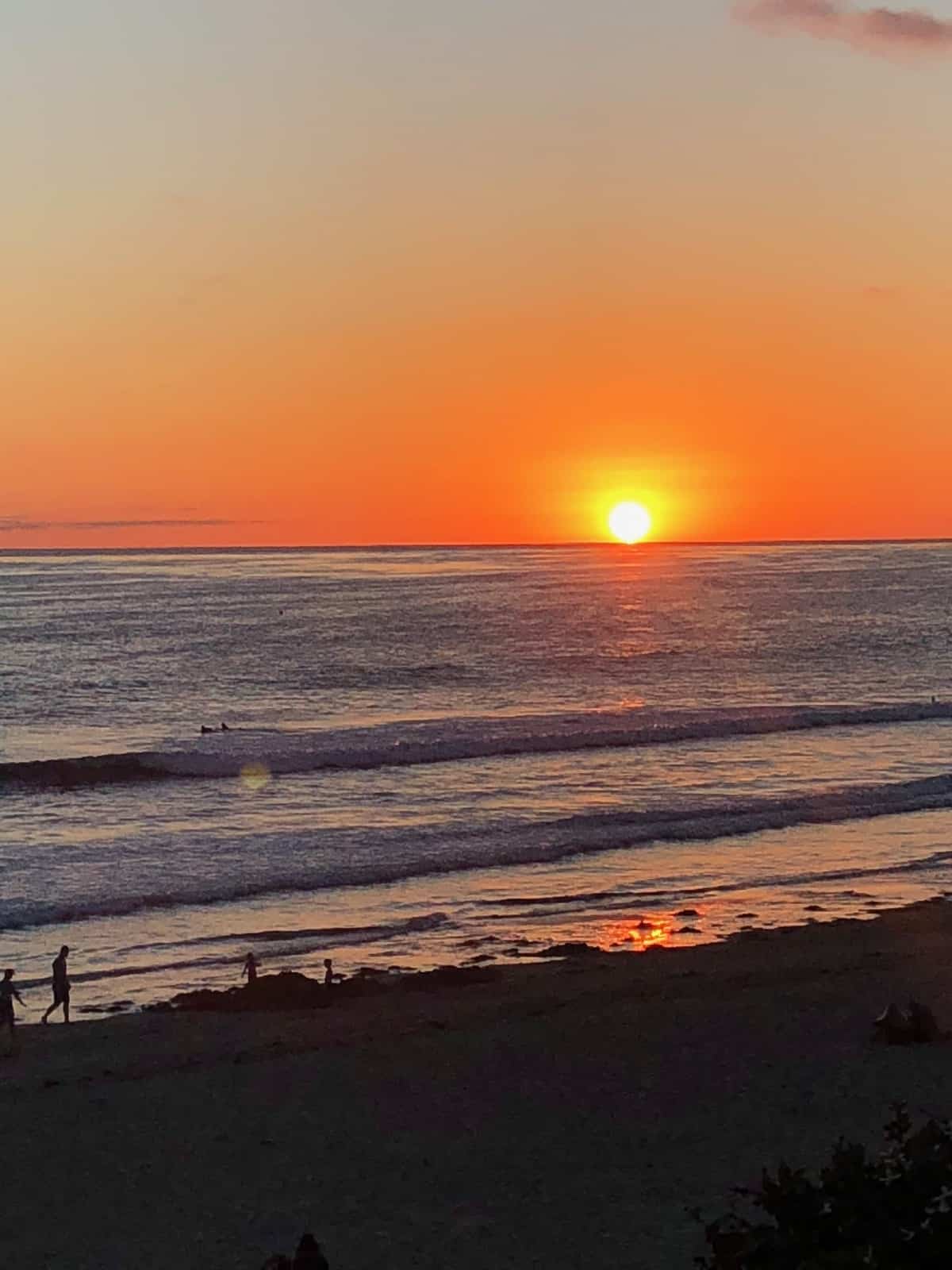 The title of this post is a little misleading. I used to live in San Diego, CA for a short stint after college so I wasn’t really “discovering” it, but I had a few people ask me about things we did so I wanted to recap for you guys! Also, this blog is somewhat like an online diary for me. It’s mostly recipes, but I sprinkle in a few lifestyle things and happenings in there and it’s nice to have somewhere to look at everything I did.

But let’s get into San Diego!! We headed there last week for a wedding we had on 4th of July. Since it was on a Wednesday we figured we should just make a little trip out of it. Best decision ever because it was a great week for some beach time and relaxing. We stayed local to where we stayed and didn’t really explore much of the city since I used to live there and Michael visited me when I was living there (before we even started dating!), so this recap is based on that. But we are both hoping we can go back soon and explore more! 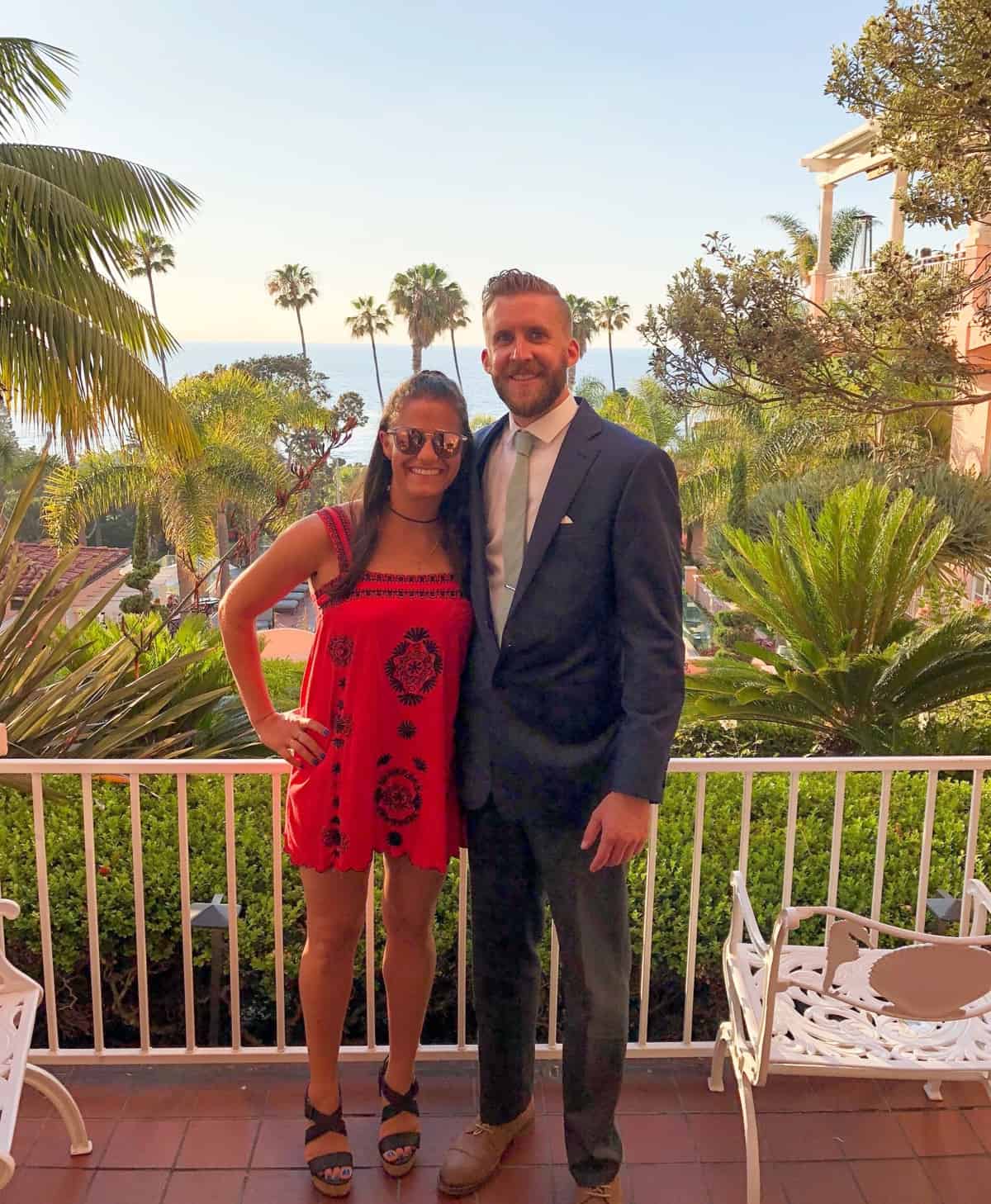 San Diego consist of a bunch of little neighborhoods throughout the city, all with their own unique offerings. We opted to stay in Pacific Beach, which is where I used to live when I lived there. We actually only stayed a few blocks away from where my old apartment was which was kind of fun. We had a wedding in La Jolla on Wednesday and since it is just a few miles north of PB, it worked out great.

We stayed in an AirBnB about a mile from the ocean and a few blocks from the bay. We waited probably 2 months before this trip to book something, and with it being 4th of July, options were limited. It was nothing to write home about but did the job for the week.

Pacific Beach is great though – you can walk to just about anything and you have the bay just south of you and you are on the ocean. We walked to the grocery store a few times, to the beach, to the bay, to restaurants, to the gas station, and I even walked to a CrossFit to workout one day. We didn’t need to rent a car with everything so close.

Most of the trip consisted of us eating and being on the beach. Or cruising around on scooters! Like Austin, San Diego has the Bird scooters where you can find a scooter close to you, rent them, and get around the city pretty easily. The best part is you can drop them anywhere you want. We usually found one close to our AirBnB, cruised to the beach, and just left them on the strand. People are free to take and leave them as they please. It’s only $1 to start the ride and then .10 cents for every minute. Definitely recommend them as it was fun and a cheap way to get to places! 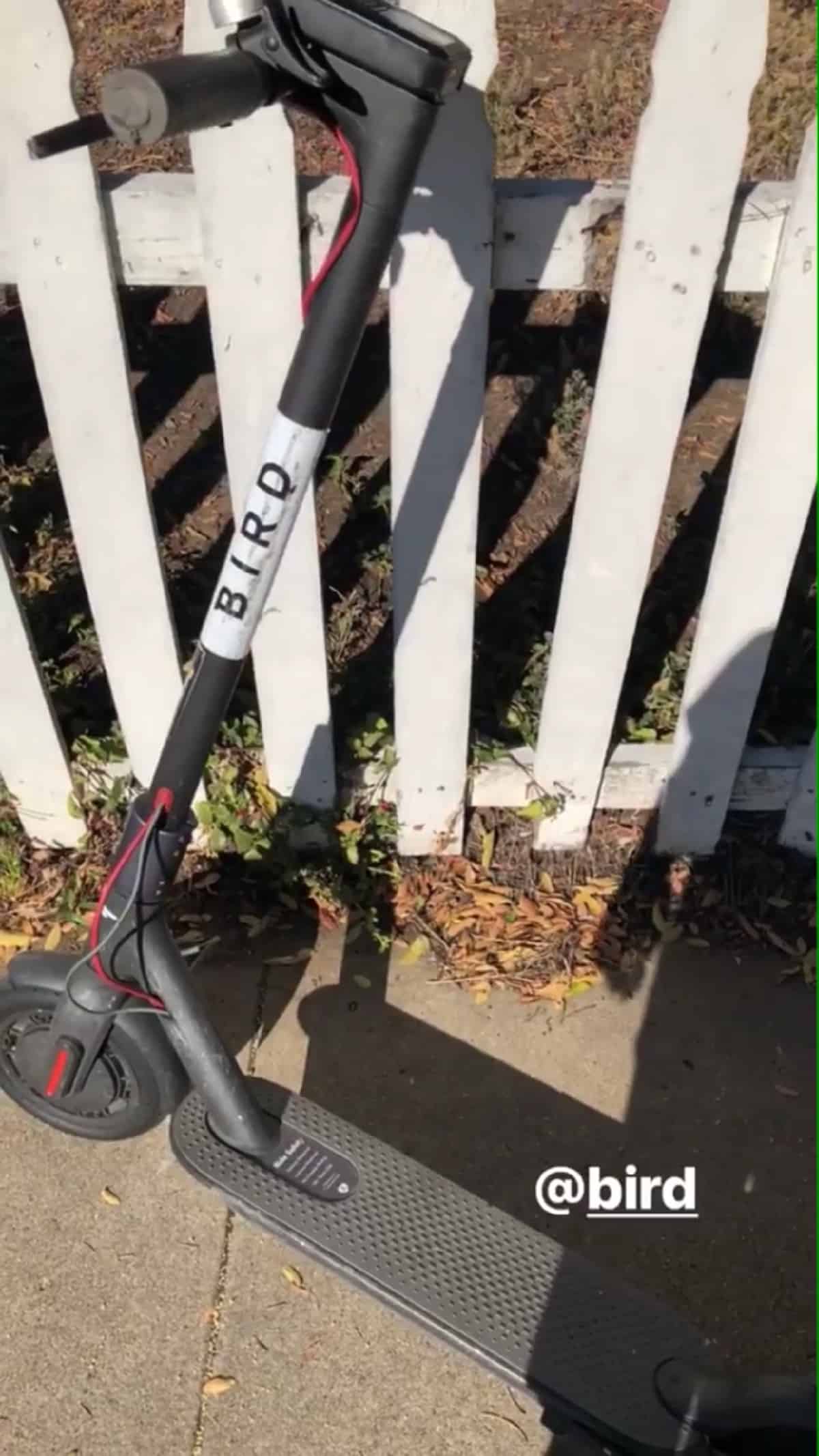 Downtown Farmer’s Market in Little Italy! We stumbled upon it on Saturday morning after breakfast and the market is amazing! I’ve been to it before, but it’s been a long time and forgot how ginormous it was. They had everything from fruits, veggies, plants (so many!), hummus, chocolate, seafood, meat, popsicles, food stands, jewelry, clothing, and more. It blows the Austin farmer’s market out of the water. 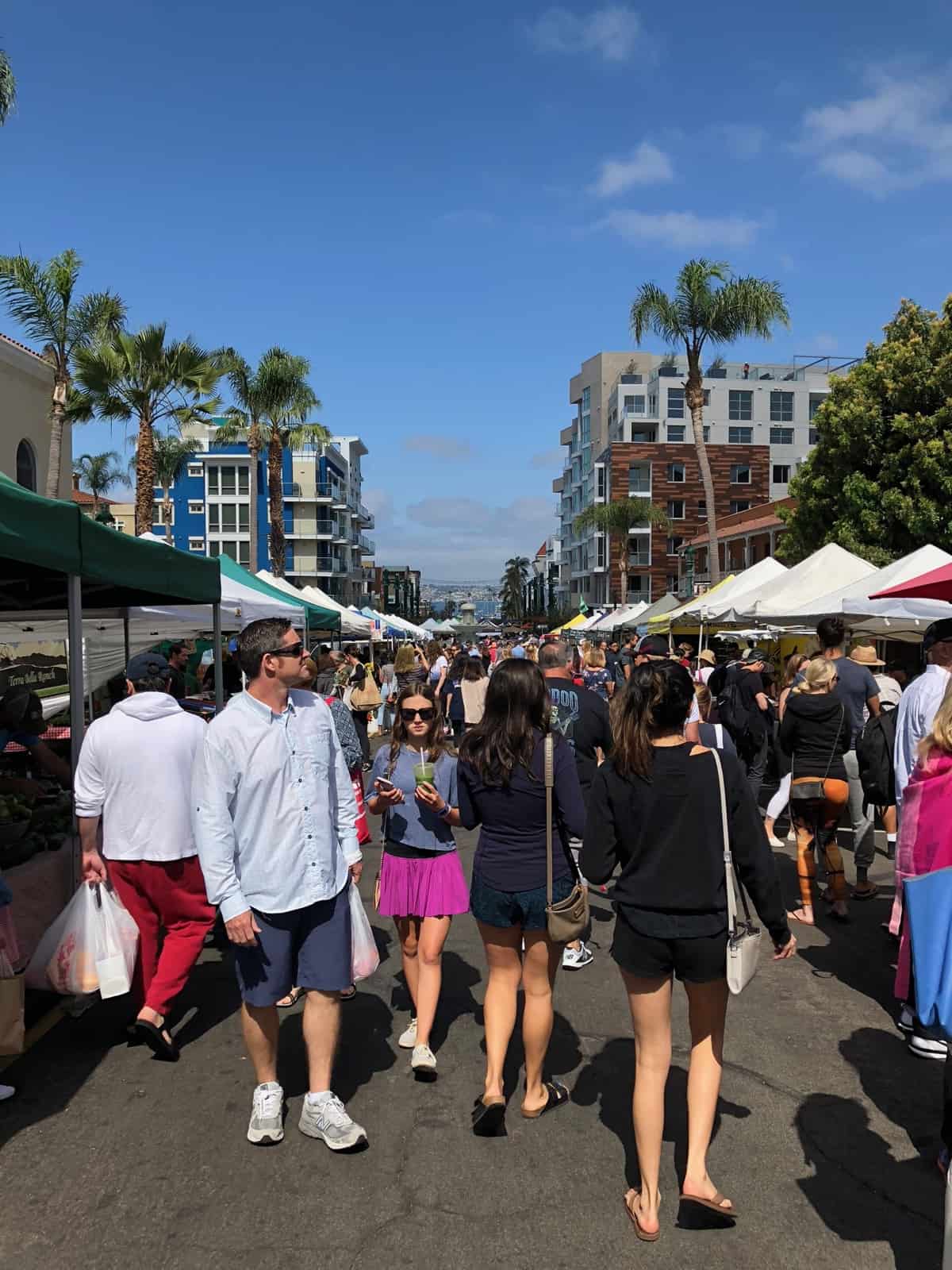 The beach! I mean you are in California on the coast, what else is there to do. Most days consisted of us laying on the beach or walking on the strand. The water was freezing so we didn’t get in, but that didn’t stop a bunch of people. 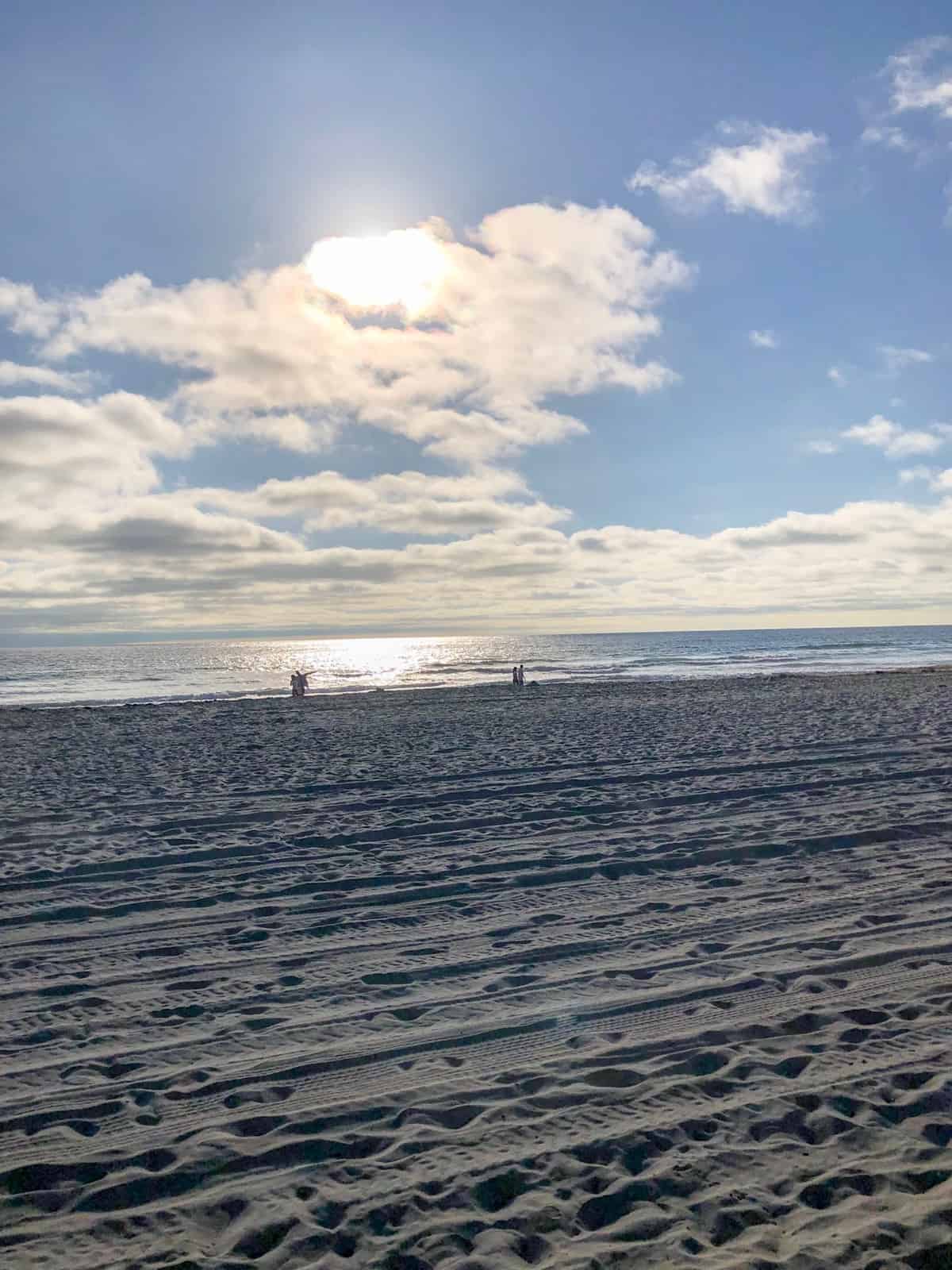 This post should be called ‘go to San Diego, eat fish tacos’. Okay, not really, but that is what our life consisted of last week and I’m not mad about it at all. I love love love the fresh coastal and Mexican flair cuisine California has to offer and we for sure took advantage of it. Most of these places are in Pacific Beach as that is where we were staying and we didn’t have a car.

Our flight got in around 8:30am on Saturday (gotta love that time change) and since we had lots of time to kill, we decided to go to breakfast. I did a quick Yelp search what was close and Cafe Gratitude came up. I’ve seen multiple people talk and post about it on IG so decision made. Michael didn’t know it was planted based until we got there, which he wasn’t too happy about, but he enjoyed the meal. I got an epic acai bowl with their amazing homemade granola and a turmeric latte and Michael got some pancakes and a ginger shot. Both were delicious. I would definitely go back there as I really want to try their lunch menu. 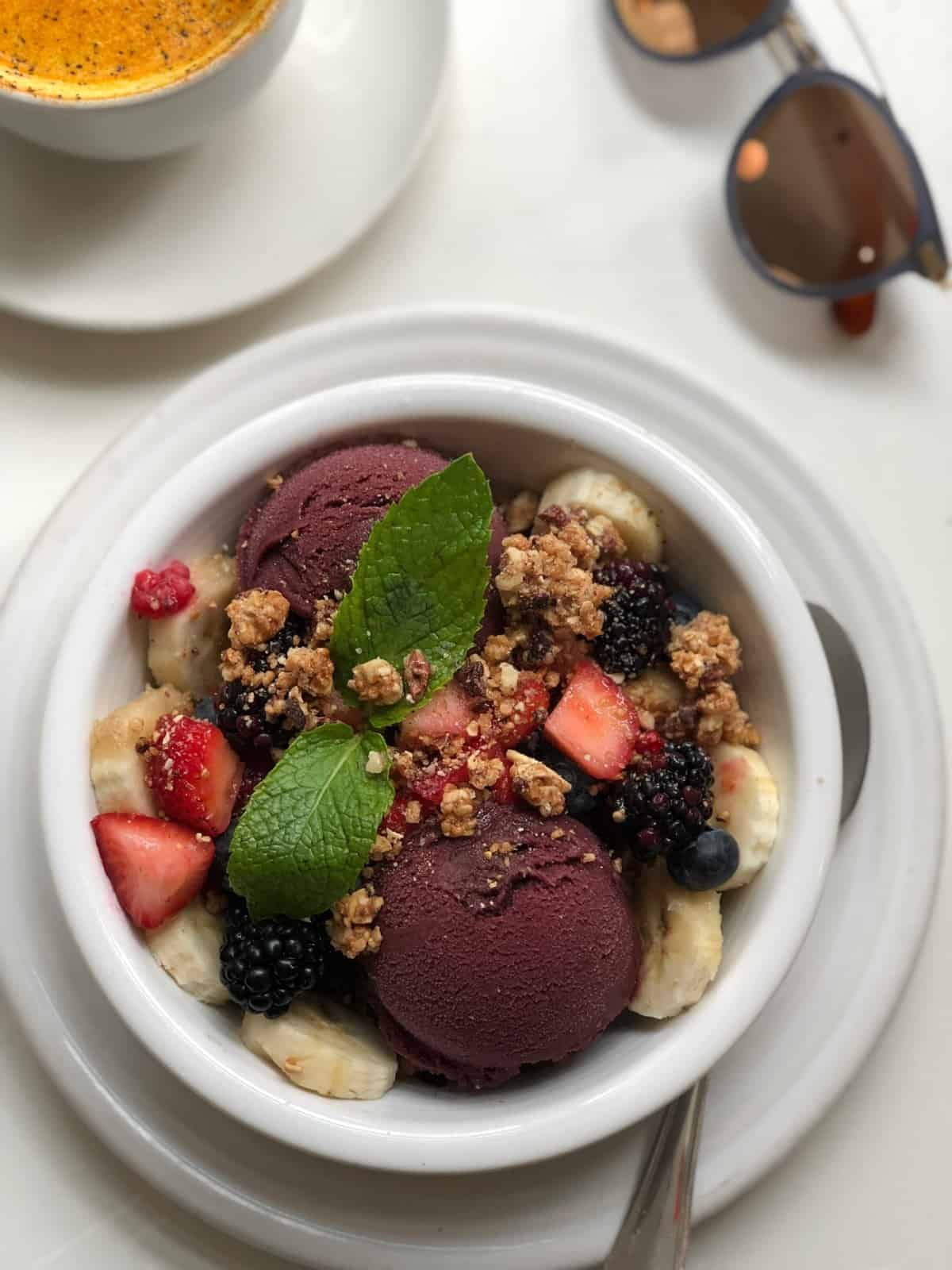 The downtown farmer’s market was a few blocks away and there was a bunch of food options there as well.

That night started off our taco party week. I did another Yelp search and found Fish Shop Pacific Beach. I got 2 fish tacos, Michael got a fish torta (sandwich), and we split a ceviche. The ceviche was bomb and we both enjoyed our food. 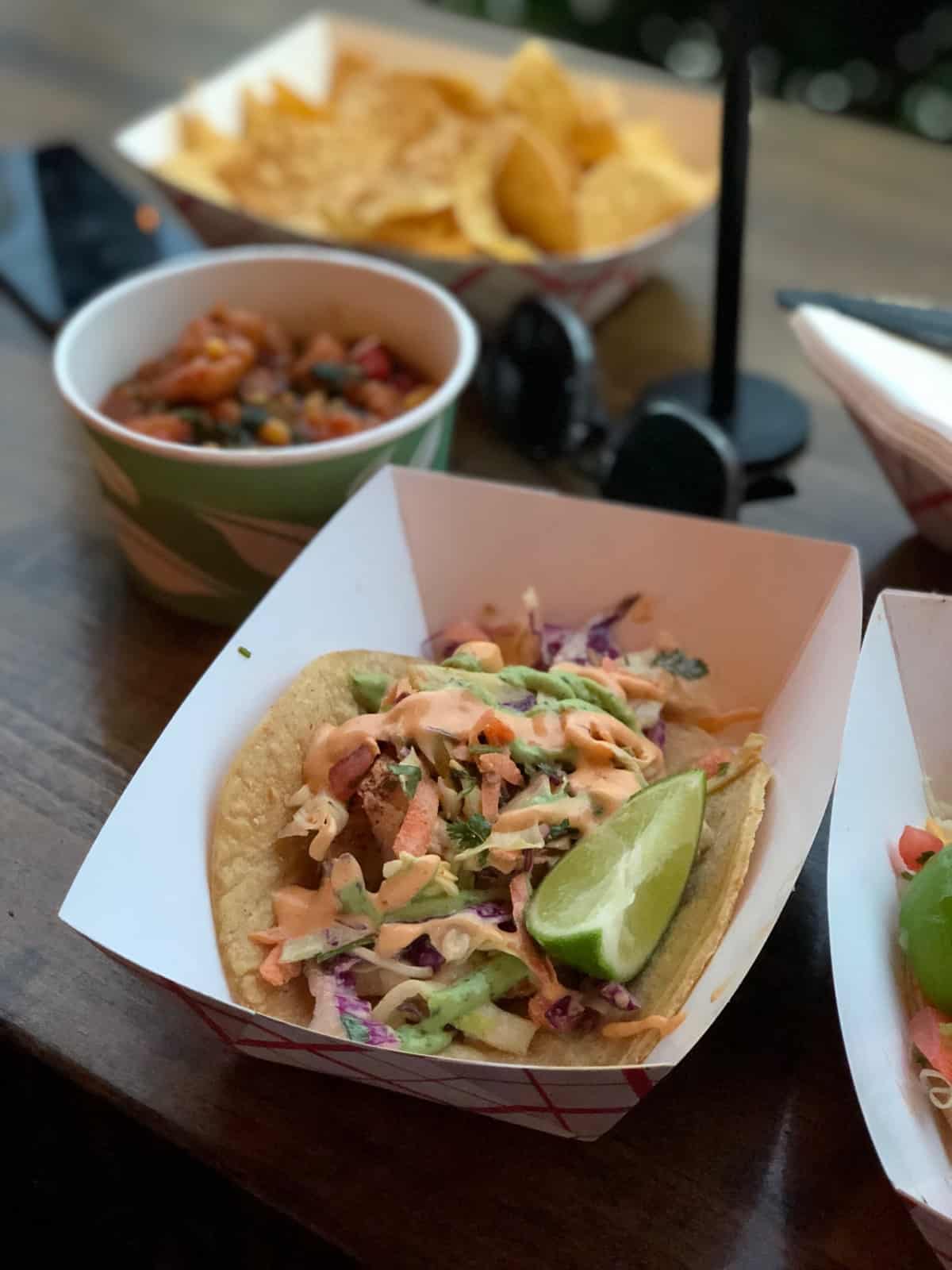 Since we were in an AirBnB with a kitchen, we were able to cook breakfast in the morning and have lunch/snacks which helped save some money. We stocked up on eggs, sweet potatoes, chicken sausages, veggies, greens, salsa, fruit, and a few other things from Trader Joe’s to make sure we weren’t eating out the whole trip. 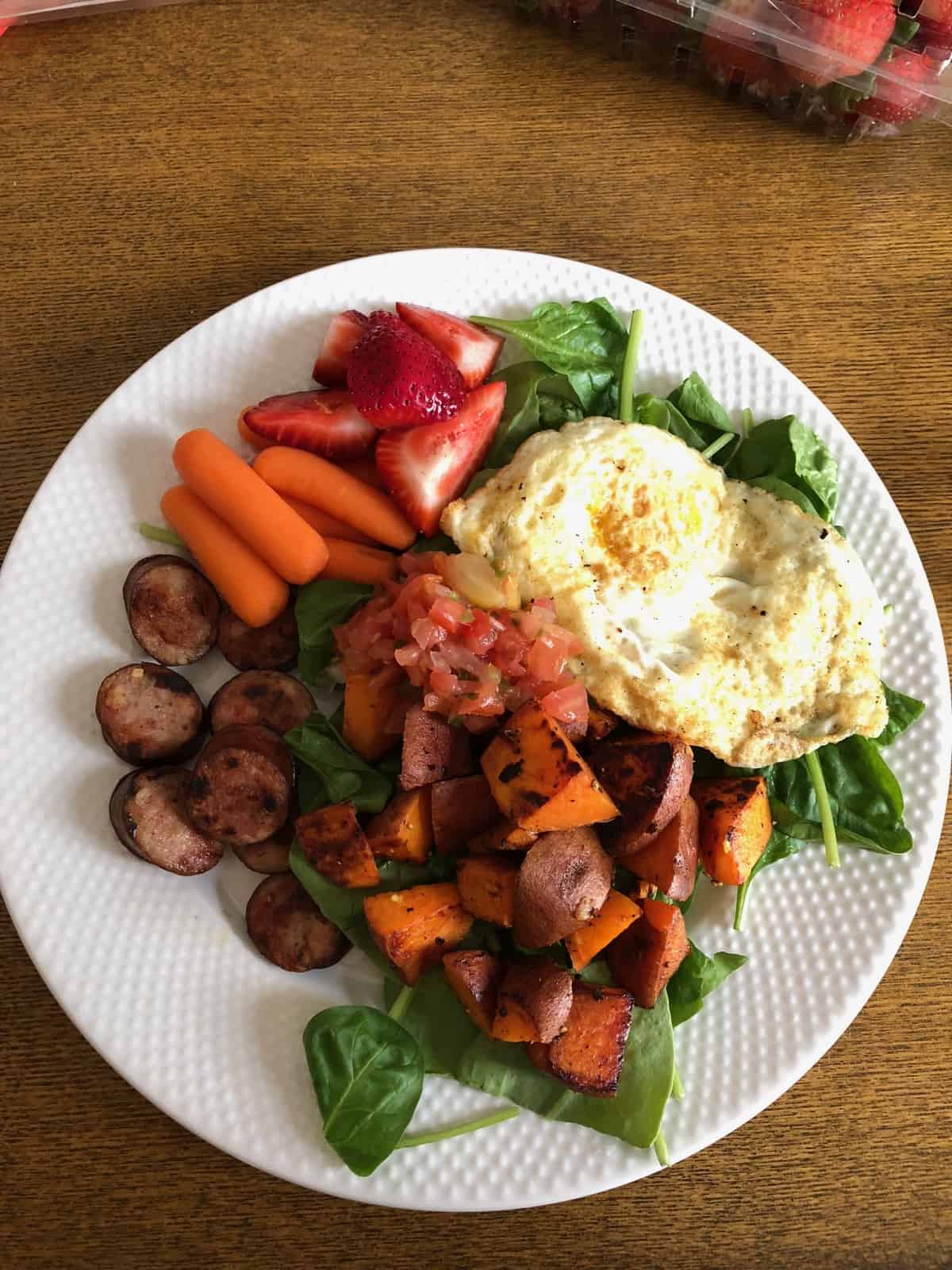 The next night we continued our taco tour by heading to Oscar’s. A few of you recommended this place and OMG thank you! It did not disappoint and was my favorite meal of the trip. We actually went there twice we loved it so much. Michael is still talking about it and he’s not one to be like OMG that was so good blah blah. So you know it’s a winner. There are a few of them throughout the city and it’s a little be of a hole in the wall type place, but food is delicious. I would definitely recommend the smoked fish taco (my favorite), the battered fish taco (Michael’s fav), and the ceviche. Some of the best ceviche I’ve ever had! 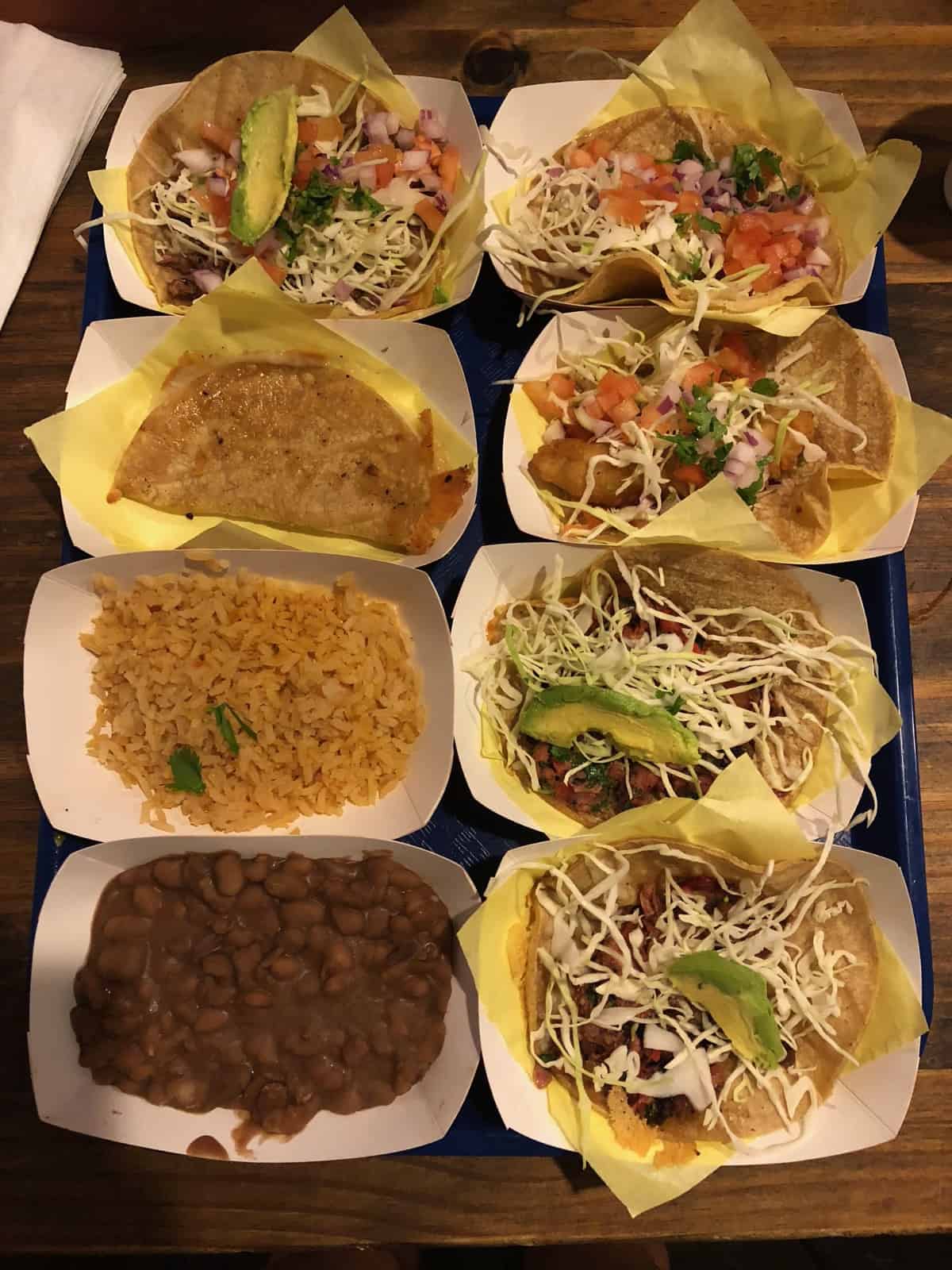 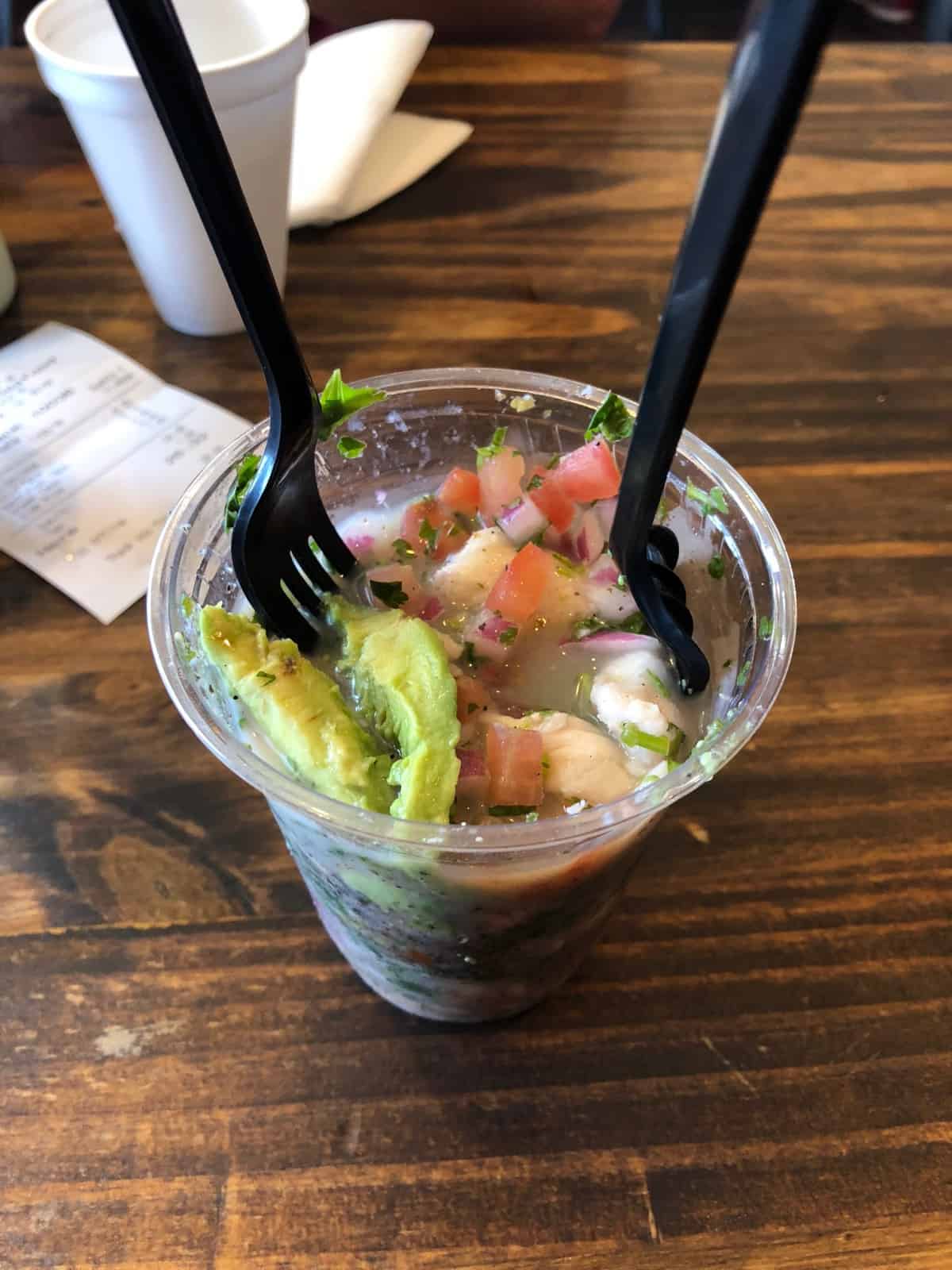 Michael tried out Woody’s for a quick bite to eat one day for lunch and got a burger. I had a few bites and it was really good! You are right on the water so you can’t beat the location. Also, the fries were delicious (neither were gluten free). 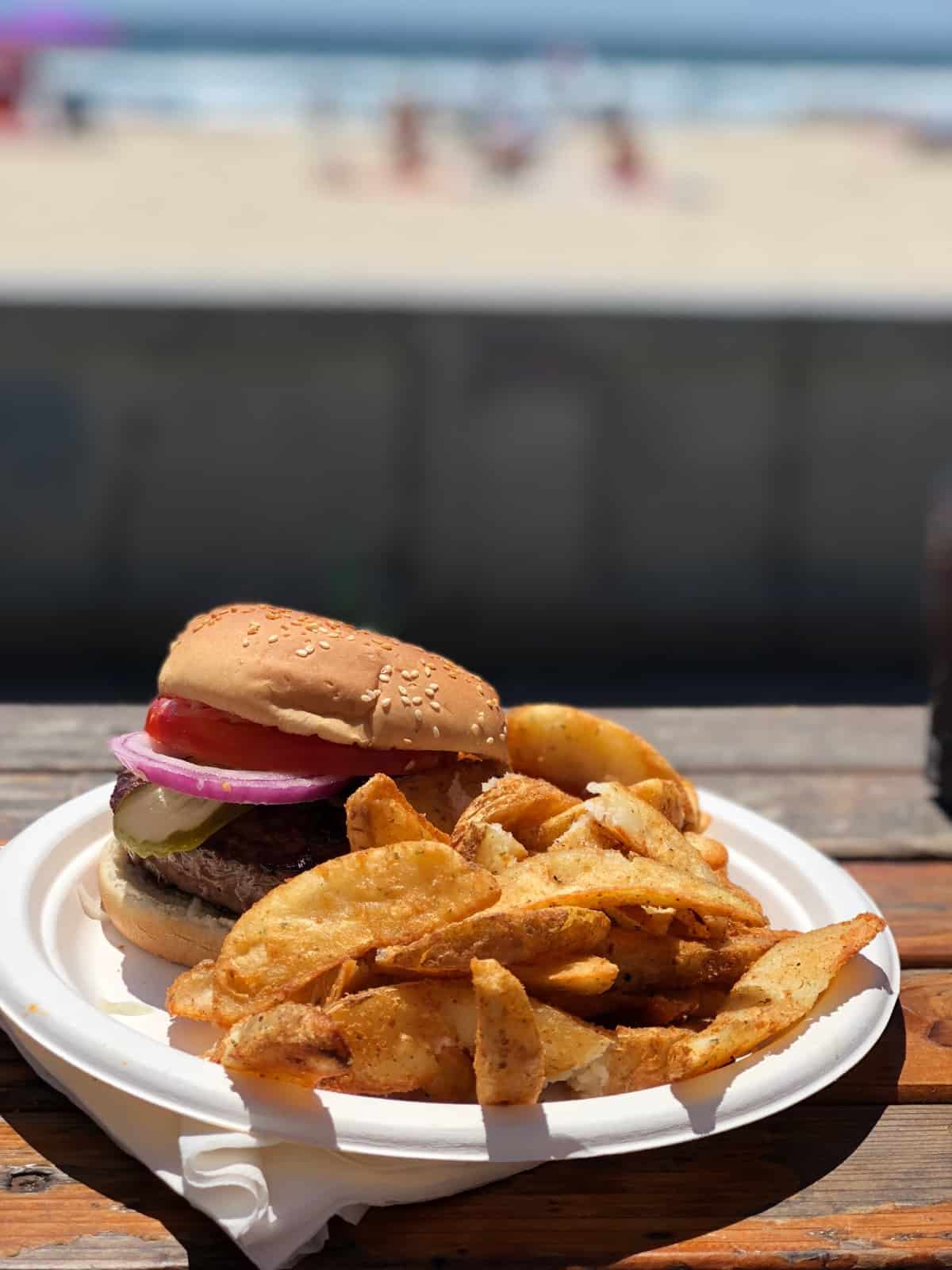 We also got drinks at Baja Beach Cafe one day. I’m pretty sure there were more for the looks, but again, you are right on the stand/water – the view is great and the people watching is even better. I don’t think I would go there again, but it was fun for the experience. 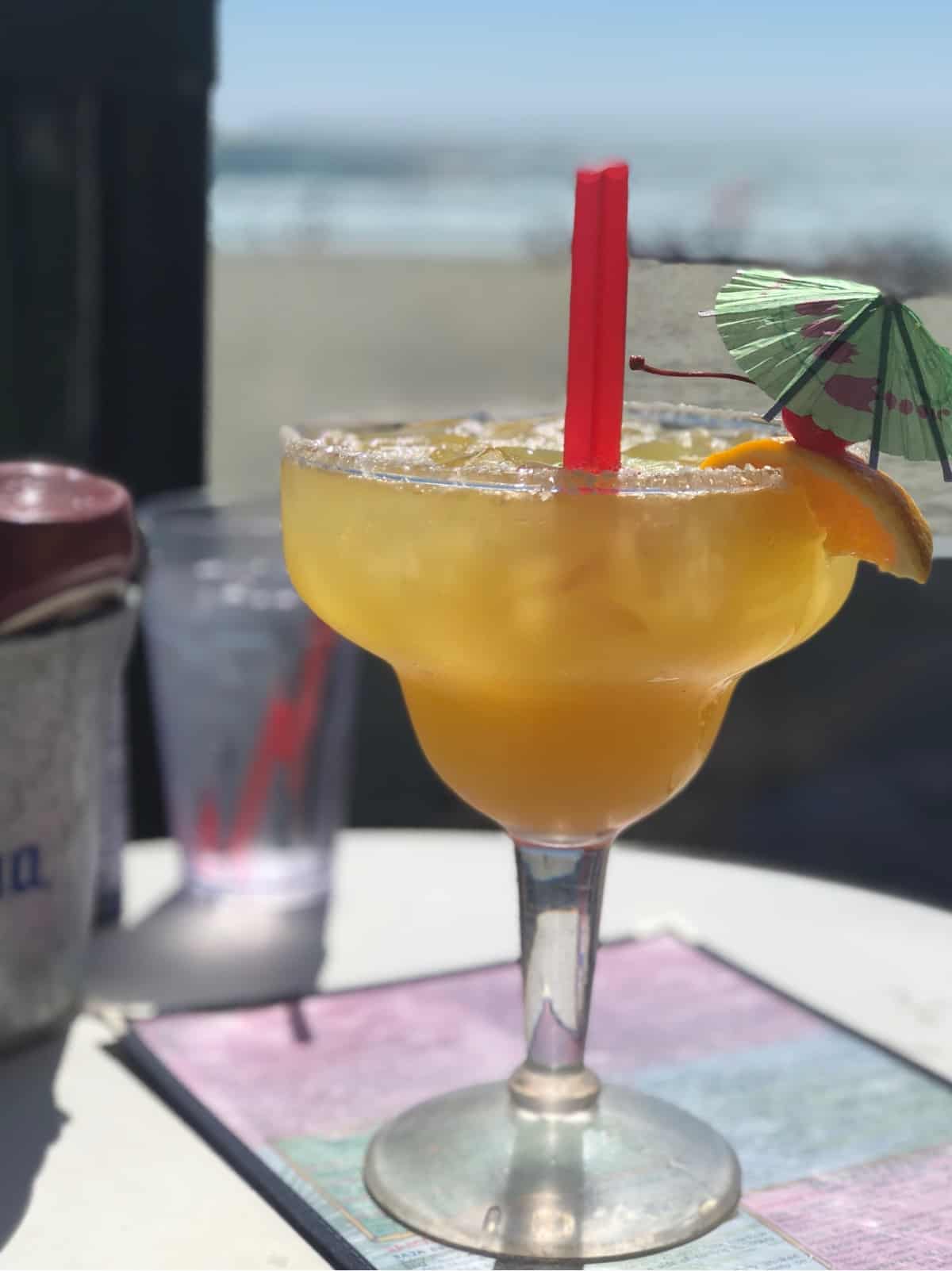 We hit up a random sushi place along one of the main drags that evening. It wasn’t anything great, but a lot of their rolls were 50% which was nice. Apparently a lot of places do that on Monday and Tuesday so it’s definitely a good way to save some money!

The next day we hit up Oscar’s again and then Michael wanted dessert afterwards. The past two nights we had walked by Baked Bear and the line was out the door. Well we walked by again and it wasn’t so now was our chance. They make homemade cookies and brownies, stuff them with ice cream, and warm it up ever so slightly. Michael got a snickerdoodle and funfetti cookie stuffed with chocolate chip cookie dough ice cream. It was pretty epic, but definitely something you could make at home. I also just saw that there is a location here in Austin ha! 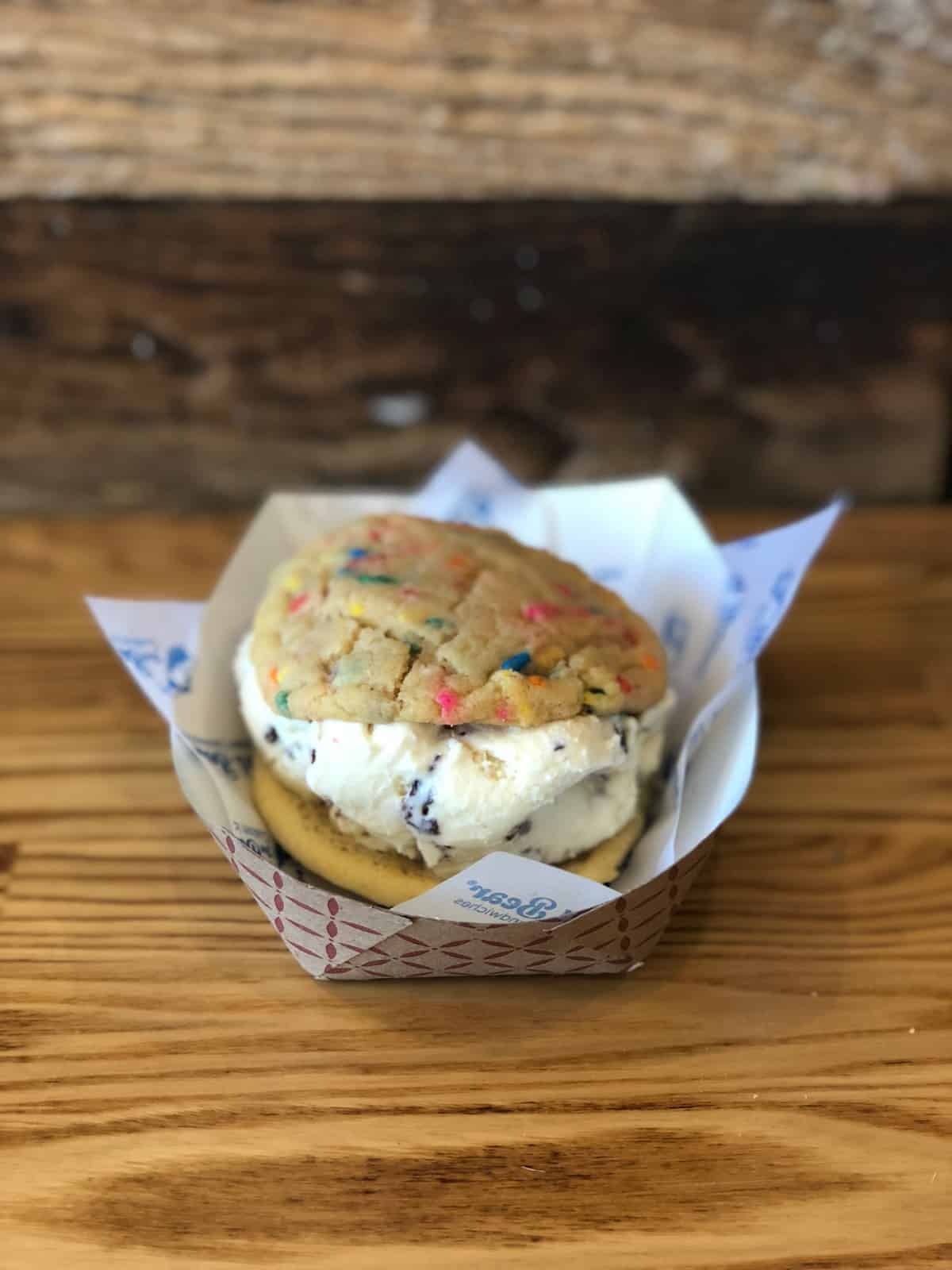 That night we attended a welcome dinner for the wedding we were out there for and they had a pizza truck come out to make brick oven pizza! It was delicious!

My seafood craving was still going strong and I really wanted poke after walking by a few places so I did a quick Yelp search and found Poke Chop. It was really good, super fresh, and the staff were really nice. Everything was labeled gluten free too so that was helpful. 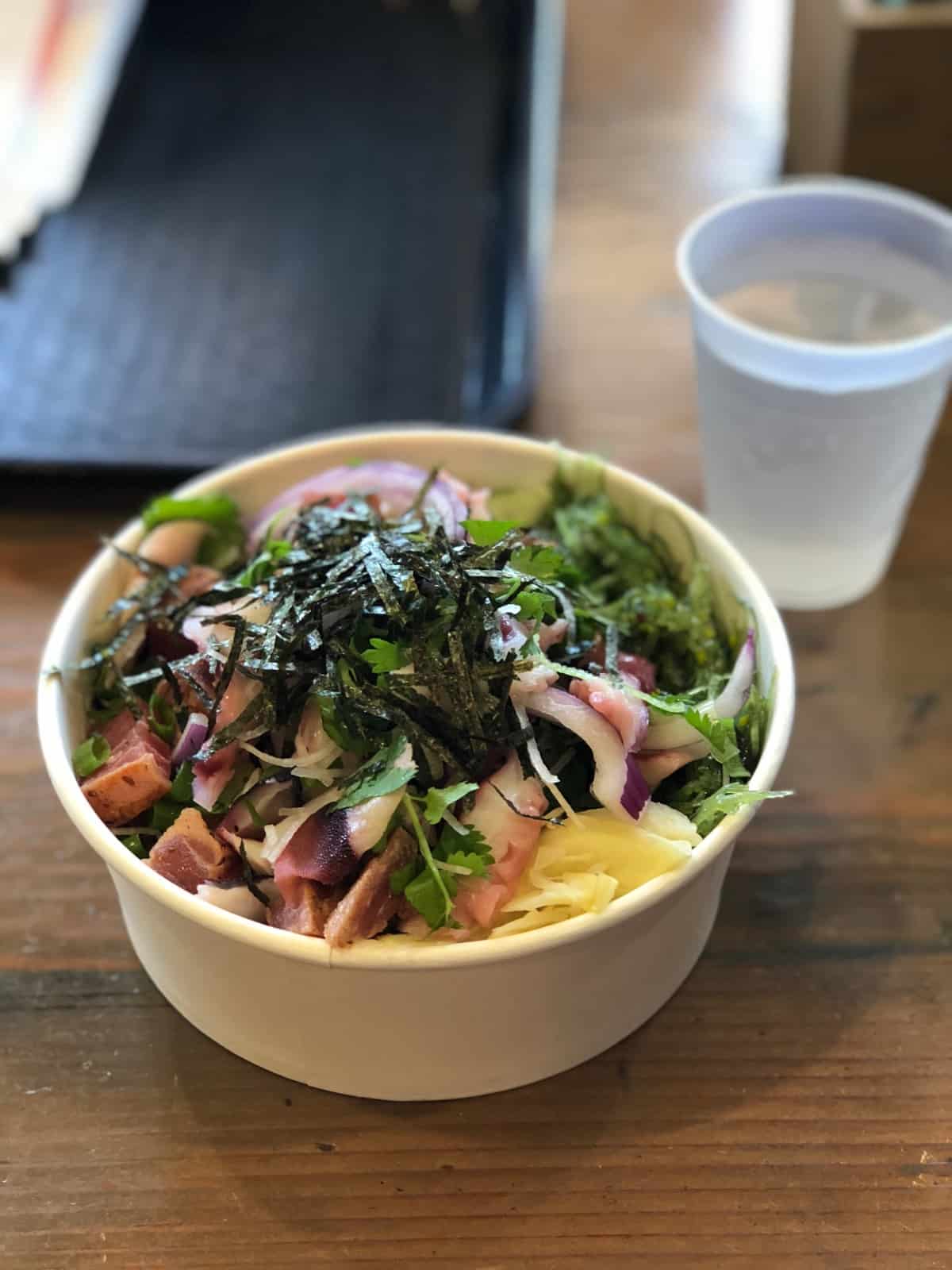 That night we were at the wedding and enjoyed a delicious meal at La Valencia in La Jolla. They also had a donut bar which was pretty epic!

The second to last day was filled with more fish tacos. We headed to La Playa Taco Shop which wasn’t far from where were were on the beach. I had actually eaten there when I lived in SD, but didn’t remember what the food was like. It had good reviews on Yelp so I figured let’s try it. I got a fish taco and a carne asada taco. I didn’t really care for the fish taco at all, but the carne asade was good. Michael got a California burrito – a huge burrito stuffed with carne asada, french fries, tomatoes, guacamole, and cheese. He really liked it. 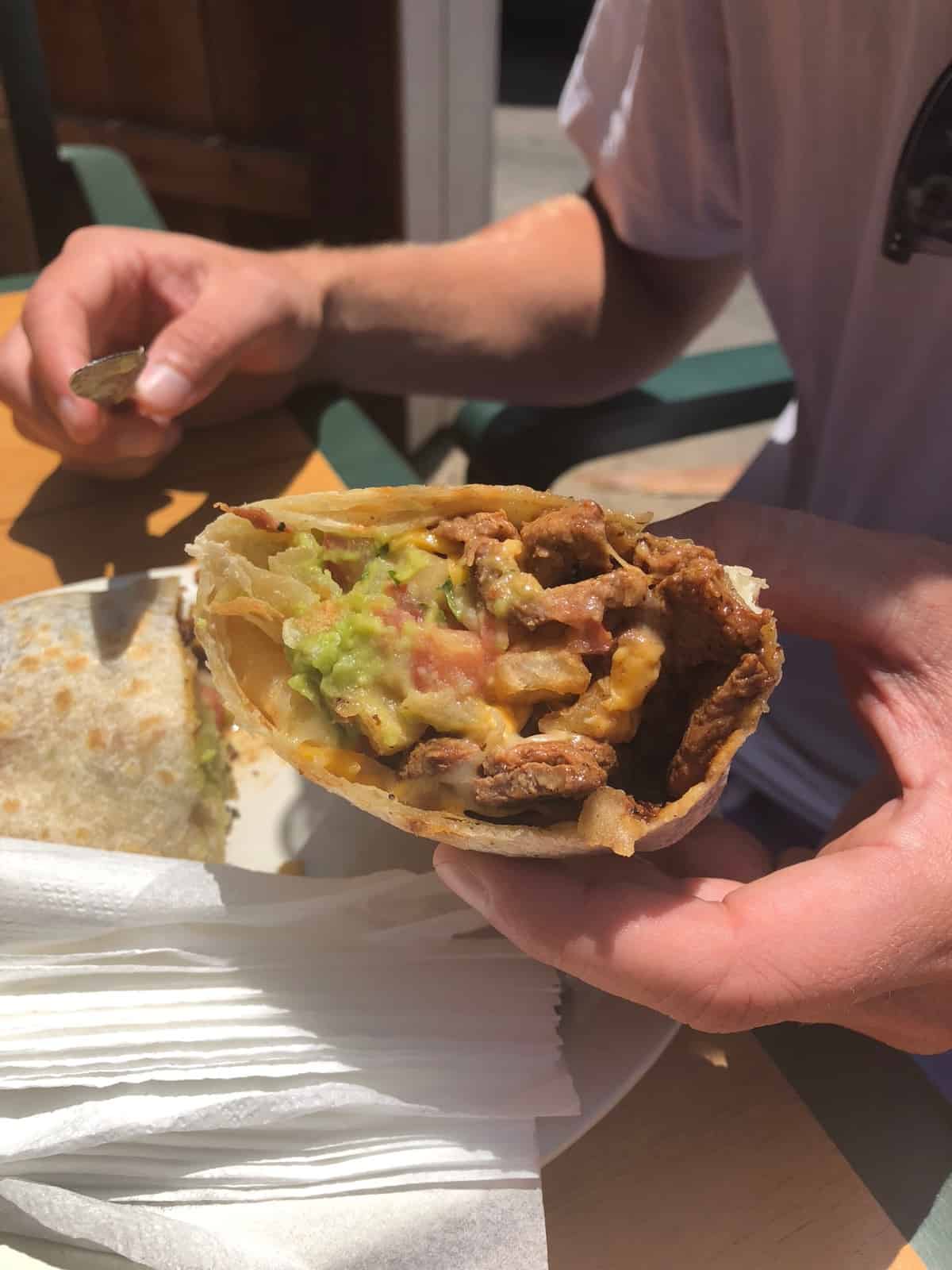 That night we got dinner with some of Michael’s cousins and their kids. We went to a random place up the street from on of his cousin’s house. I got fish tacos again and they were good, but nothing special. Two times in one day ha! Michael had a burger though and really liked it!

The last day we only had time for breakfast and I was really craving an acai bowl again. We tried The Mad Beet and it was pretty good! Michael got a peanut butter banana protein smoothie that he really liked and earlier in the week we tried 2 of their green juices. Definitely a good option for smoothies, bowls, and juices. 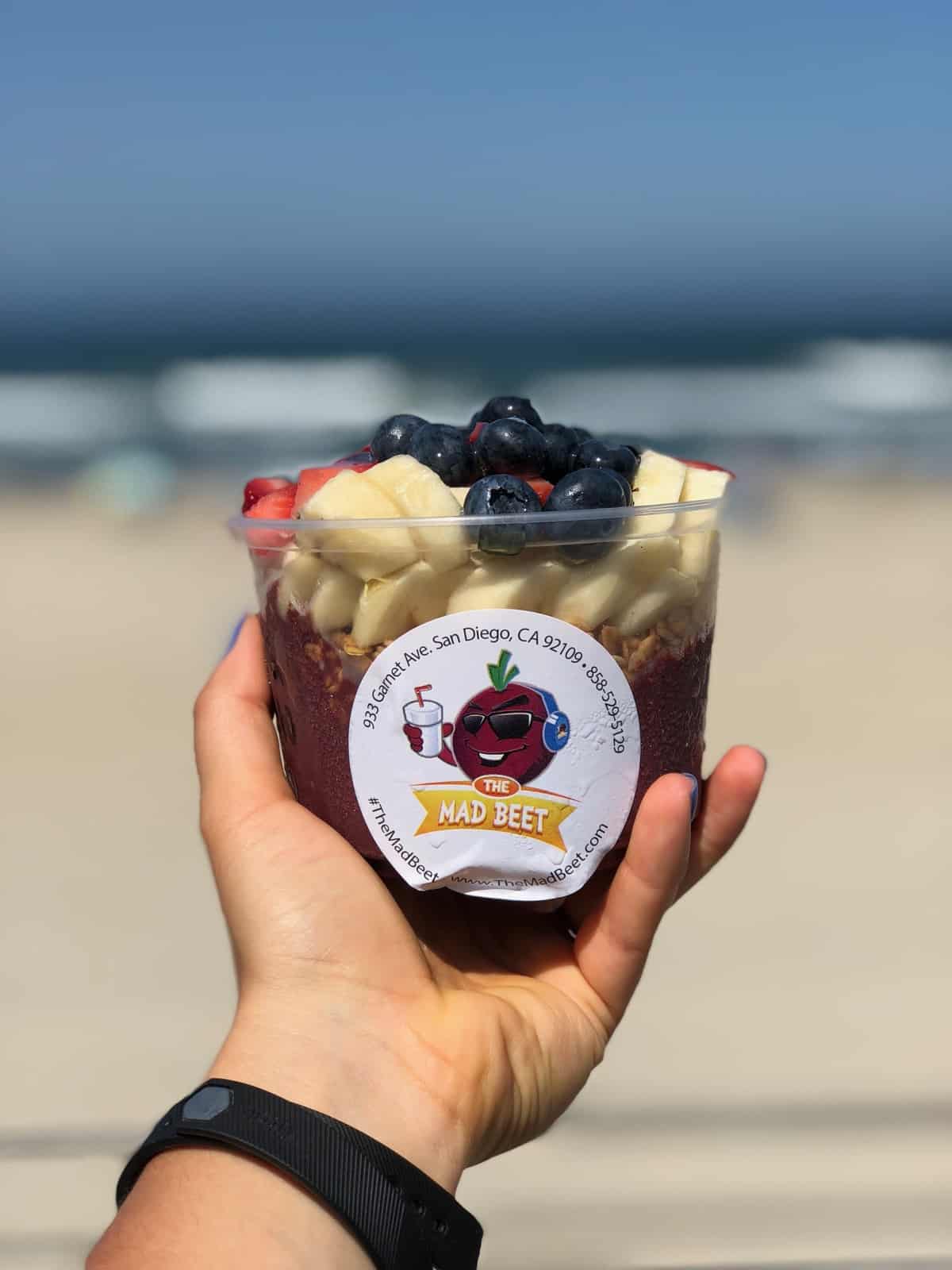 Well that was our trip! We barely skimmed the surface of everything to do there. The city is so big and there is just so many things to do!

I obviously really enjoyed San Diego! I love the laid-back beach vibe, weather, and scenery there. It’s crazy to think I used to live there and why I would leave a place like that, but everything happens for a reason and I probably wouldn’t be typing this if I never left. On the way home Michael was already looking up flights to go back. Let me know if you have been or if it’s on your list of places to visit!

This post contains affiliate links and I may make little bit of money if you click on and purchase the products that are linked. It doesn’t cost you any extra money. The compensation helps with expenses to keep ETG up and running. I appreciate your support!