Holy crap!!! WE ARE ENGAGED!

I can’t believe I’m typing those words! If you haven’t seen (via Instagram), last Thursday (August 17th) Michael asked me to marry him! It was completely and totally surprised. What was just a normal day turned into one of the best days! I’m a pretty private person, but I wanted to write a little recap of how it happened so I can always look back at the moment. 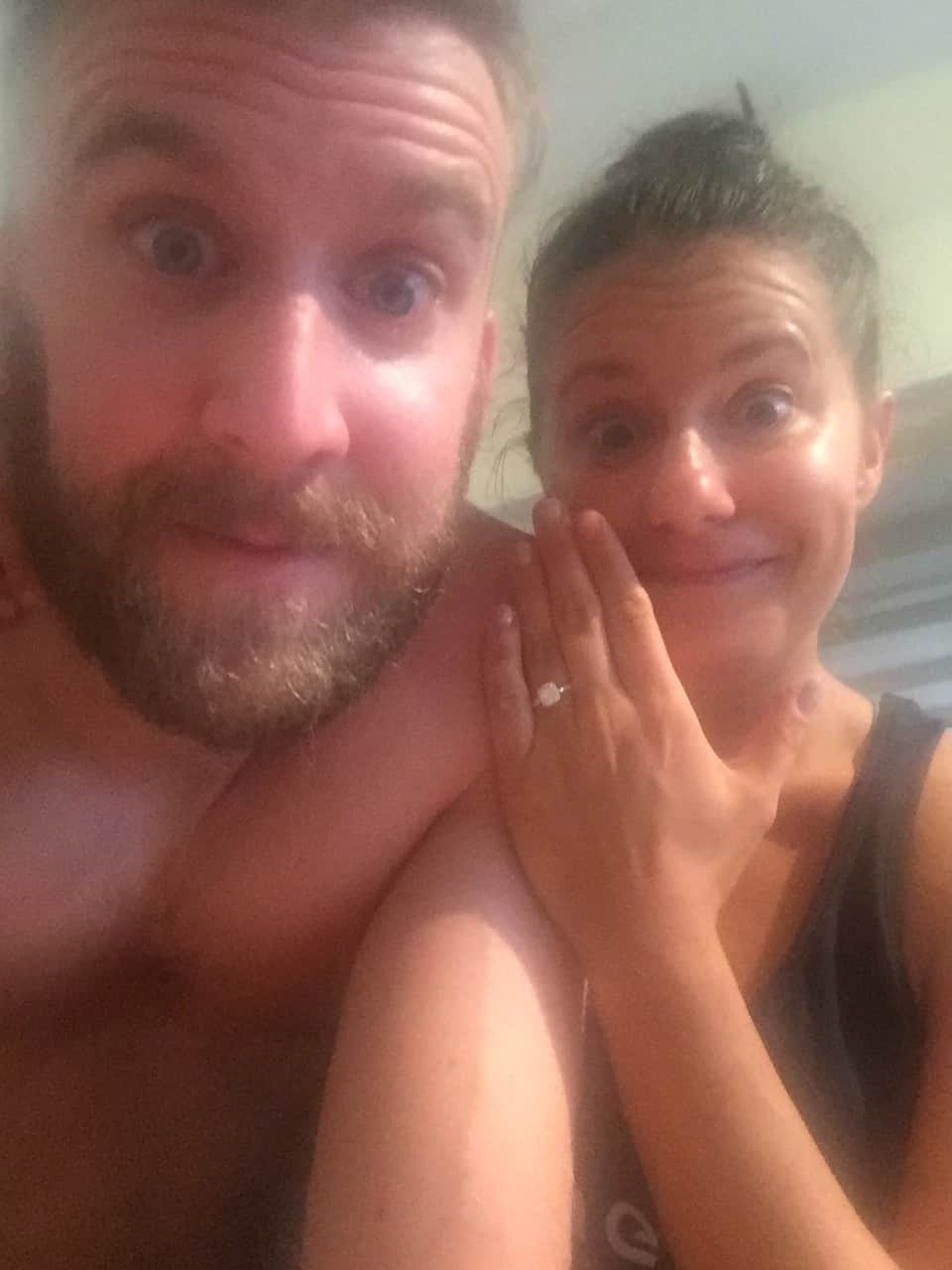 To give a little background, Michael and I have been dating for a little over 5 years. We have been friends for longer though – we meet sophomore year of college (2007) as he was friends with some of my guy friends. It wasn’t until halfway through junior year when I really noticed him though. Not gonna lie, it wasn’t until he grew some facial hair that I was like oh hello, who are you? Haha. I’m know he had a crush on me as well, if he wants to admit it or not.

Over the next year and a half of college we became really good friends (we had the same group of friends) and stayed friends after. I moved to San Diego for a brief time and he was in grad school. We still remained friends – he came to visit SD with some friends and I came home to visit friends – but we were at different stages in our lives. Then once I moved back to the east coast we all hung out with our friends from college a bunch. We always had something special and after awhile we officially started dating in June of 2012.

At that point I was living in West Chester, PA and he was living in Charlottesville, VA – about a 4 hour drive. We both made countless trips (he likes to say he did it way more than me, but I’m not buying it), seeing each other every other weekend for 2 years until something had to give. And since neither one of us wanted to move to where the other person was living, we decided to move to Austin! It may have been more my idea than his, but it is one the best decisions we have made so far I think 🙂 and it is where our life together really started. 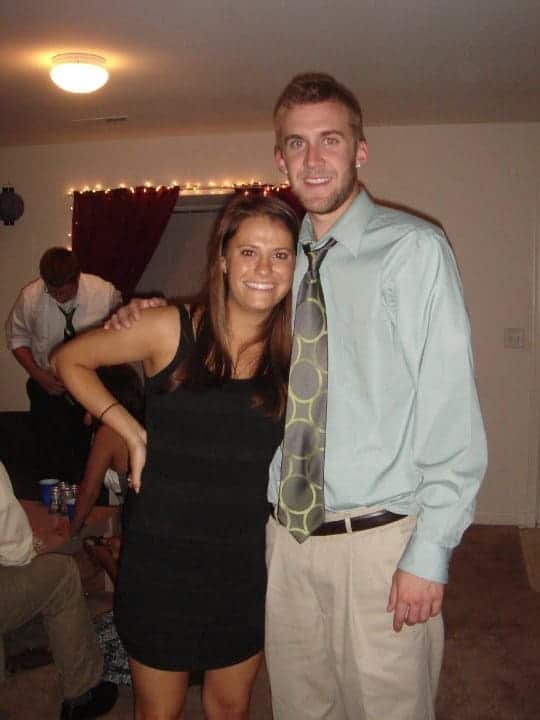 Now let’s get to the engagement!!

So last Thursday was when it happened. I had to coach a couple CrossFit classes at the last minute so I had texted Michael earlier that day saying that and asking what we should have for dinner. I suggested we just get Verts because I didn’t feel like cooking anything. He suggested that he would make dinner – an impromptu date night. We hadn’t had a date night in so long so I agreed. This wasn’t anything out of the norm either, Michael is a great cook and has made a nice dinner for me plenty of times.

I got home from CrossFit, starving as usual, and there is a candle lit in the living room and then I walk into the kitchen and see flowers. I’m still super clueless at this point – these are typical date night things. Michael is finishing up dinner and I’m like “let’s eat, I’m so hungry”. He tells me to go in to the other room and wait until everything is done.

I am sitting on the edge of the couch, with my back facing the kitchen. He had his shirt off and says “wait I should put on shirt on”. This was for him to go into the bedroom and get the ring. He keeps asking me this question that we have as an inside joke trying to get me to answer and turn around. I finally give a halfass answer (not what he wanted haha) and turn around. At this point he is standing right there and gets down on one knee.

I’m pretty sure I somewhat blacked out at this point. I asked him “are you serious” and then after a little he had to ask me what my answer was cause I had no idea what was happening. It didn’t even hit me when he was on one knee. My heart was pounding and I was just like is this real life?! What is in that box?! Not even kidding.

Michael and I have never really talked about rings, gone ring shopping, or anything like that. I have made some comments on rings that we have seen on people if I liked them or not, but that is about it. He did an amazing job and it is perfect. I can’t get over how sparkly it is haha! 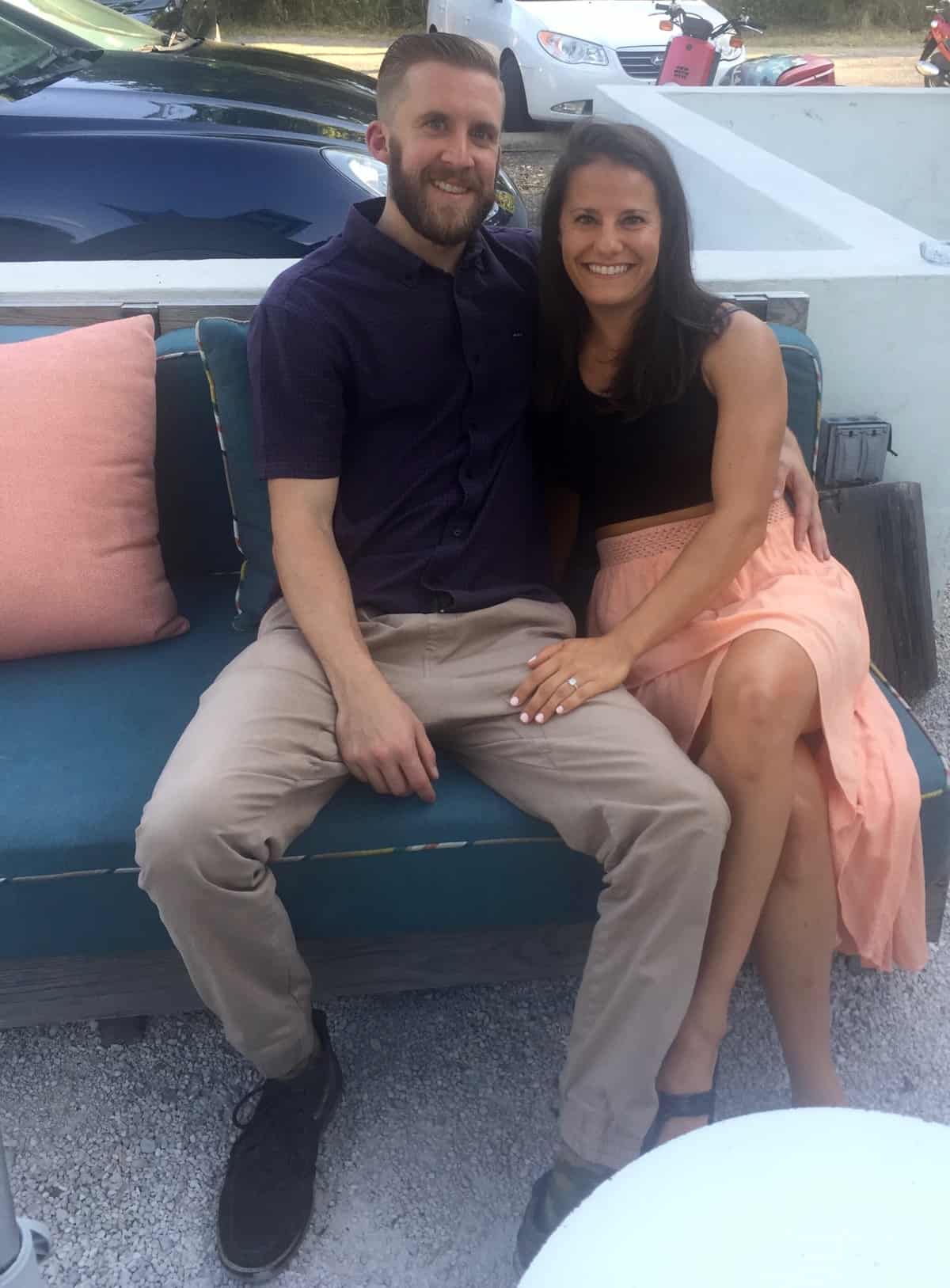 I obviously said yes and then we celebrated! We popped open some champagne he got and ate the dinner he made – salad, filet mignon, salmon, asparagus, and roasted potatoes. He popped the question before dinner because he was so nervous he thought wasn’t going to be able to eat if he waited until after. After we called our families and friends to tell them the big news.

No one really knew it was going to happen except our friends Carmen and Brad, which Michael had been keeping the ring at their house. That morning he texted them to bring it to the gym and they handed it off to him. He did call my dad that day and ask for permission, but he had already asked him over a year ago. He wanted to call and make sure it was still okay haha. Which obviously it was, my parents love him. Michael didn’t even really decide he was going to to it on Thursday until about 3pm! Talk about last minute lol, it just worked out that I had to coach CrossFit unexpectedly. He did know he wanted to do it before my birthday though (the 27th).

After we called our families, we headed to Pinthouse Pizza for some more drinks – it was the first place we went on the first night we moved to Austin so it was perfect. Then we came home and watched Lawless – probably Michael’s favorite movie. We actually bought it cause we couldn’t find it on Netflix haha.

The rest of the weekend was filled with us celebrating too – we went out to dinner and drinks with friends, worked out (duh haha), ordered pizza for dinner after being hungover from Thursday, and just relaxed and enjoyed the moment. We are so excited and just so happy. It still feels so surreal, I don’t think it has actually hit me yet that we are getting married. 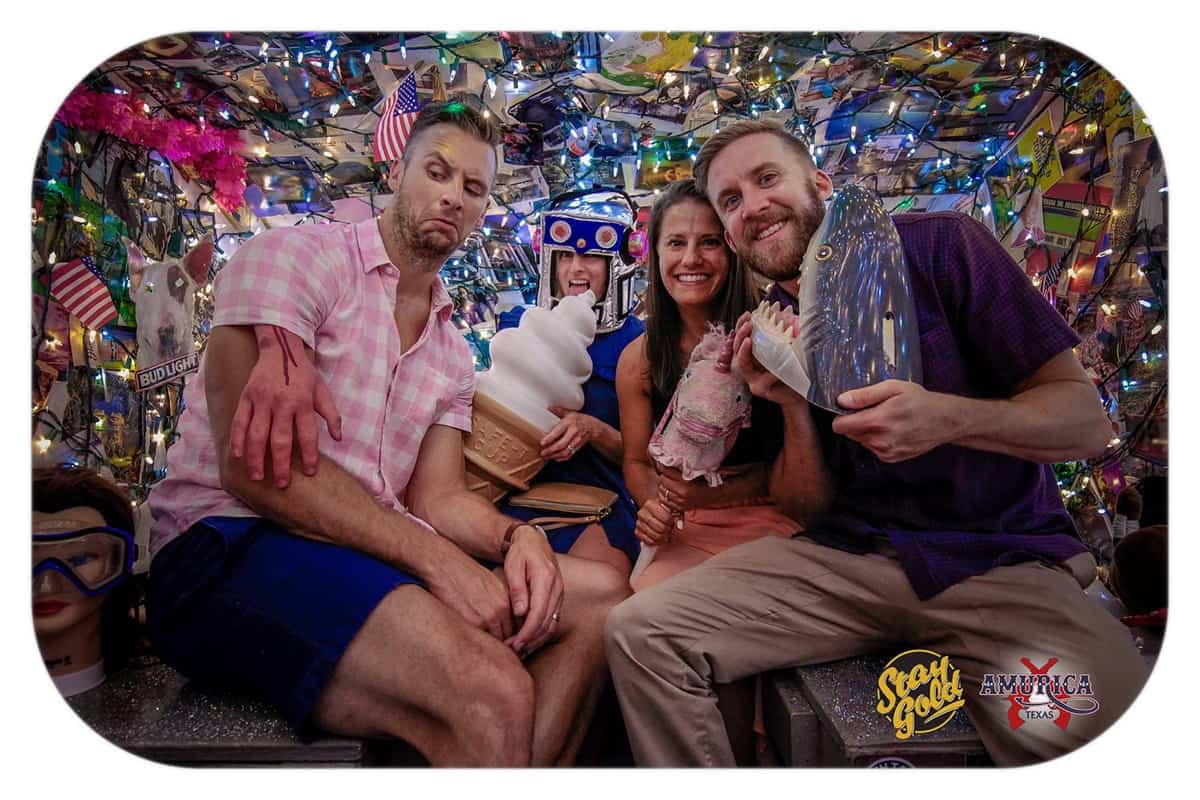 So now the only thing left is to plan a wedding right?! We are going to take in the next few weeks and just celebrate being engaged. And honestly I know nothing about planning a wedding so I’m not ready to jump into that yet.

I want to give a huge THANK YOU everyone. The amount congratulations and kind words we received when I posted about it was insane. We are feeling so loved and are just so excited for the next chapter in our lives. And thank you to all the readers of Eat the Gains – you guys fill me with so much happiness and I am so thankful for each and every one of you everyday. And I can’t wait to share the next journey of my life with you! 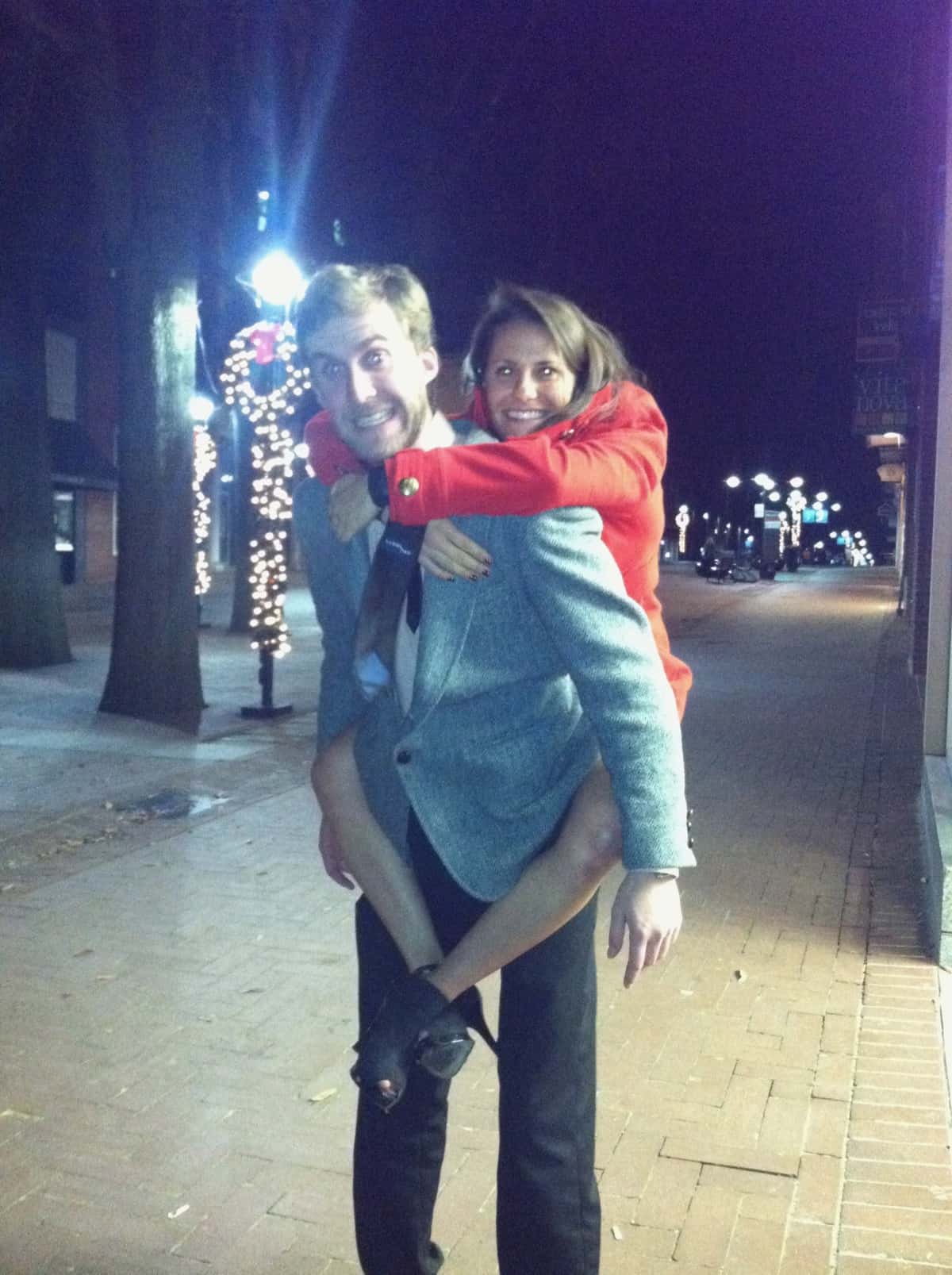